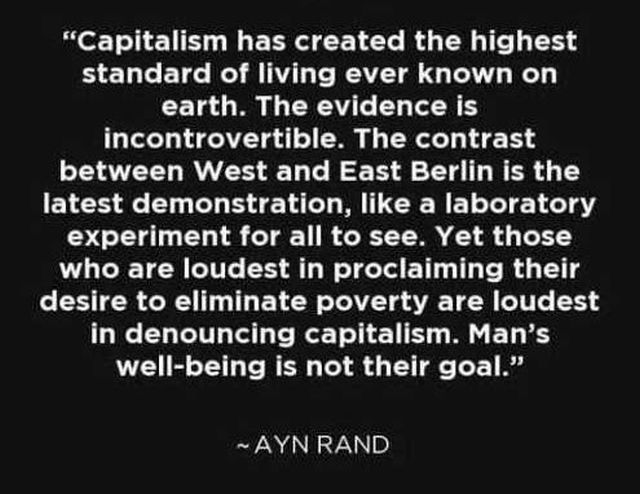 Joe’s Comment – the above is a dated but pertinent quote from Ayn Rand.  I continue to describe myself as a “theoretical Libertarian”.  Theoretical because reality often interferes with my fantasy of a world politic based on Libertarian ideals.  As Yogi Berra famously stated –

Time for a Reality Check.
It has been a while since Joe and I have spoken about IQ.
Lord knows it is a “trigger” word, invoking mental gymnastics in the philosophical, intellectual, ethical, theological, and a plethora of other branches of cultural distinction.
We don’t need a lecture about environment or nutrition or underprivileged cause and effect.
Why? you ask…..
Our short blunt answer is we know and have been in the presence of extremely “smart” people as well as not so smart, dull, stupid, and retarded people.
For the most part they inherited their “intellectual horsepower”.
Ergo, for the most part, it ain’t their fault, it is their inheritance, it is their burden.
The U.S. military will not accept any applicant with an IQ of 83 or lower.
Why? you ask…..
A person at that level is not fully autonomous, i.e. they produce less output than the input they need to be productive.
If any dummies are reading this, it means they need help to do what an “average” or one standard deviation below average IQ person can do alone.
Check out McNamara’s Vietnam dummies – “McNamara’s Folly: The Use of Low IQ Troops in the Vietnam War“, a book by Hamilton Gregory.
Concede the point.
You can’t argue away the facts.
Unless you’ve lived an isolated life you’ve met people “smarter” and “dumber” than yourself.
The point we mean to make is the low IQ folks make up a not insignificant number of our fellow travelers.
Here is a Bell Curve representation of “Normal Distribution” in relation to IQ – 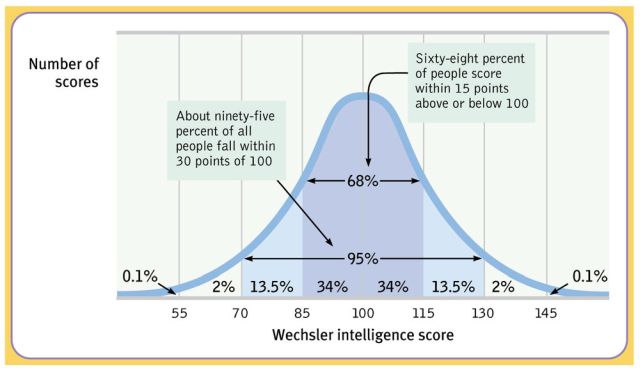 84% of a sample population with average IQ of 100 has an IQ over 85.
That leaves 16% of the population below IQ 85.
If Canada has a population of 40 million, that implies there are 6.4 million people within this category.
Linda Gottfredson, a professor emeritus of educational psychology at the University of Delaware, composed the following graph, charting IQ against certain metrics measuring career and “Life Chances” – 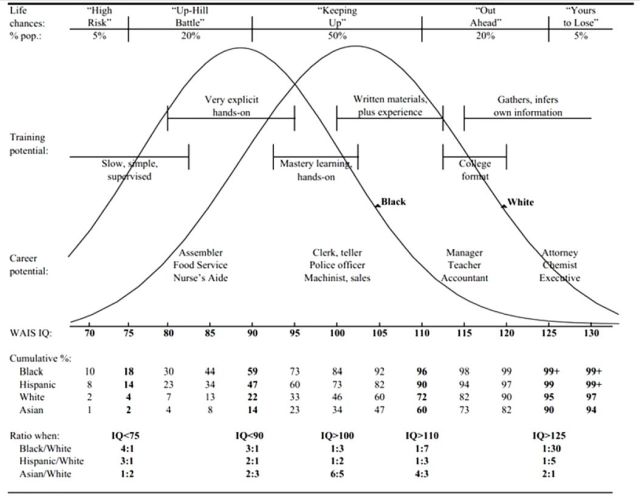 Joe and I believe it is incumbent in our society, our culture, that people who are in the “High Risk” segment of the population are cut some slack.  Based on an estimated Canadian population of 40 million souls, using Joe’s excellent math ability (I’m a good adder!), 5% of 40 million is a staggering 2,000,000 Canadians who have very little chance of grabbing the gold ring.
That ain’t all, Sparky.
The normal distribution of age vs capacity for self autonomy (for the dummies – that means folks can care for themselves) adds an additional two groups of dependents – those too young and those too old.  Again, a function of time, not ability for the most part.
Decades ago, generations ago, these realities were faced by families.  Families and their communities managed the retarded, the too young, and the too old.
You can imagine that the consistency of care was wildly disparate.
It seemed a good idea to “spread the inverse wealth” across a larger population of tax paying citizens, and it was for the truly desperate and needy.
Without proper management, accountability, and oversight, the current reality was born.
Hugely expensive.
Hugely wasteful.
Bureaucratically top heavy.
And, as the hysteria of COVID19 proved, unaccountable, dangerous, and deadly.
From the perspective of Joe and I, at 73 years of age, we believe it is paramount to unsaddle those who can do without government intervention.  There is no “one size fits all” solution for this problem.
Last thought on this subject.
Recent estimates of the number of “Baby Boomers” still alive as of 2021 is 70.4 million – in the United States alone!  Here’s a graph from Insider Intelligence – 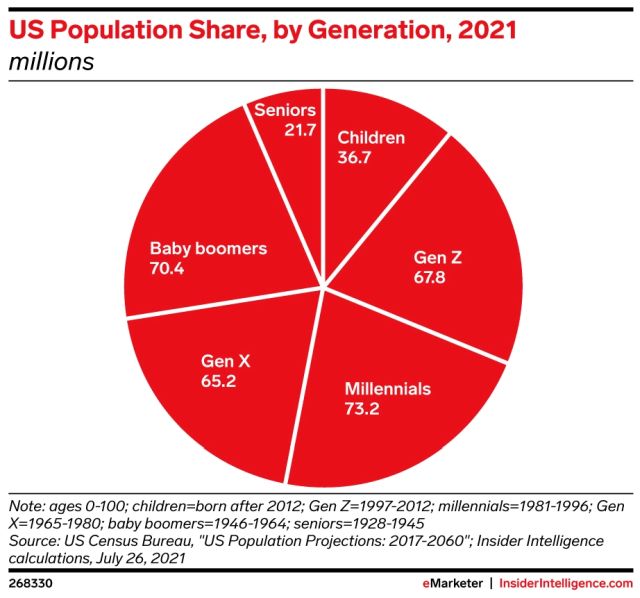 We will assume 10% of U.S. stats for Canada, which is a staggering 4 million Joes and Janes!
Si no hablo español, so we don’t hazard a guess for MEH – HE – COE.  The website GobalData has a graph of Mexican population by age.  7% are 65 or older, in a population of 130 million.  That’s another 9 million el Boomers right there.
Grand total North America is approx. 85 million people entering what used to be called “Old Age”.
It is time to uncouple from the government and take care of your own.
Us boomers are a selfish lot….. 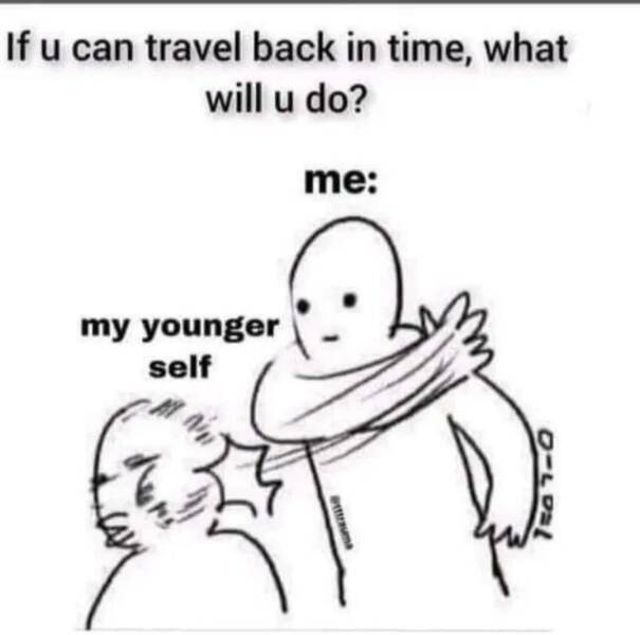 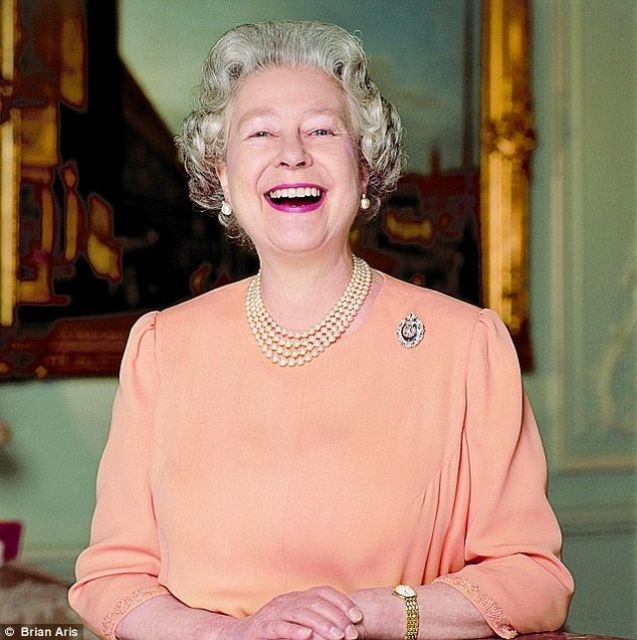 Word o’ the Week
Infracaninophile – 1. A person who loves or admires underdogs

Quick Dick McDick
QDMcD comes out of the closet and condemns the current government of Canada.
Well, maybe not – he has been bashing the Justin Castreau Liberals forever.
QDMcD comes out swinging, sparing no one is more like it.
Astute observations from the ambassador for Saskatchewan we like the best:

Welker Farms
Joe and I have watched the Welker family farm their land for years.
How many people know where and how their food is produced?
We had farmers in our family long ago.
Some of our most precious memories are farm memories.
Here Bob Welker (father) and Nick Welker harvest winter wheat on their land they’ve nicknamed “Montana” (for its shape).  Scott is the other son.  This episode shows and demonstrates harvesting with combines.  The day starts out hot – in the high 80s and early 90s – then the weather flips to a hailstorm!
Joe and I couldn’t farm like this.
We’d have a stroke or heart attack or both every time the weather didn’t cooperate.  These men take it in stride:

Sanity4Sweden
Stefan reports on the Swedish election.
He is pleased with the swing toward responsible conservative values in the winning party’s platform.
Joe says Swedish “conservatism” is a long stroke from our same-same, but trending in the right (pun intended) direction.
Of course it remains to be seen that they do what they say:

Mikhail Gorbachev Dead
We in the West remember Ronald Regan’s role in ending the Cold War.
His USSR counterpart was Mikail Gorbachev.
Joe and I believe Mr. Gorbachev was essential, as was Mr. Regan, a pair of bookends, who framed the demise of the USSR, the re-unification of Germany, and the beginning of new hope for eastern bloc countries, especially Russia.
An overview of his accomplishments from CNN via Ub2b:

Theo Sparks website has a short history of Mr. Gorbachev’s life and political career here.  A quote from the link –
“…..”The openness Mr. Gorbachev sought — what came to be known as glasnost — and his policy of perestroika, aimed at restructuring the very underpinnings of society, became a double-edged sword. In setting out to fill in the “blank spots” of Soviet history, as he put it, with frank discussion of the country’s errors, he freed his impatient allies to criticize him and the threatened Communist bureaucracy to attack him. Still, Mr. Gorbachev’s first five years in power were marked by significant, even extraordinary, accomplishments:
■ He presided over an arms agreement with the United States that eliminated for the first time an entire class of nuclear weapons, and began the withdrawal of most Soviet tactical nuclear weapons from Eastern Europe.
■ He withdrew Soviet forces from Afghanistan, a tacit admission that the invasion in 1979 and the nine-year occupation had been a failure.
■ While he equivocated at first, he eventually exposed the nuclear power-plant disaster at Chernobyl to public scrutiny, a display of candor unheard-of in the Soviet Union.
■ He sanctioned multiparty elections in Soviet cities, a democratic reform that in many places drove stunned Communist leaders out of office.
■ He permitted the release of the confined dissident Andrei D. Sakharov, the physicist who had been instrumental in developing the Soviet hydrogen bomb.
■ He lifted restrictions on the media, allowing previously censored books to be published and previously banned movies to be shown.
■ In a stark departure from the Soviet history of official atheism, he established formal diplomatic contacts with the Vatican and helped promulgate a freedom-of-conscience law guaranteeing the right of the people to “satisfy their spiritual needs.”
But if Mr. Gorbachev was lionized abroad as having helped change the world — he was awarded the Nobel Peace Prize in 1990 — he was vilified at home as having failed to live up to the promise of economic change. It became widely said that in a free vote, Mr. Gorbachev could be elected president anywhere but the Soviet Union.
After five years of Mr. Gorbachev, store shelves remained empty while the union disintegrated. Mr. Shevardnadze, who had been his right hand in bringing a peaceful end to Soviet control in Eastern Europe, resigned in late 1990, warning that dictatorship was coming and that reactionaries in the Communist Party were about to cripple reform.
Peter Reddaway, an author and scholar of Russian history, said at the time: “We see the best side of Gorbachev. The Soviets see the other side, and hold him to blame.”
Joe and I celebrate our “mud pecker-ness”.
We are people of the dirt.
The aspirations of the elite, the political class, the “global leaders” fill us with a dread inspired by history and personal experience.
Joe and I think we would have enjoyed meeting Mr. Gorbachev.
We believe he was trying to drag his country into a framework that would enable throwing off the yoke of the tragic history Russia lived.
Reform wasn’t complete.
Just another example of why Joe and I don’t believe in political structures as much as we believe there are only two classes of people – those who succeed in the current “status quo” and resist change, and those who do not succeed in the current “status quo”, thereby seeking change.
It is the vigor with which the haves and have nots oppose each other that creates chaos and ruin.
C’est dommage.
C’est la guerre.
C’est la vie!

–  2022 Excess Deaths All Around the World Raise an Alarm

– ‘Unethical’ and Up to 98 Times Worse Than the Disease: Top Scientists Publish Paradigm-Shifting Study About COVID-19 Boosters for Young Adults

Pink Floyd
Of all the bands in all the times and changes Joe and I have experienced, one rises above them all.
Yes, we have niche faves and passions for certain genres like Opera, and classic country (lots of steel guitar and fiddling – not violin virtuosity), and the eternal Classical music of the Great Composers (but only certain pieces – this ain’t idolatry), and doo-wop, and emotionally poignant melodies attached to events that will stay so until the day we die.
But….
Pink Floyd has bridged the time transform for Joe and me.
The 1988 live performance in New York City below has been remastered in 4K.
No matter to us.  We’d listen to a gibbled (word coinage right there!) 8 track version or a scratchy popping vinyl copy.
The sax, the back up singers, the band members, and the star of the show David Gilmour, all are spectacular.  There is a Wikipedia page listing all performers over the years here.
What a wonder modern technology is, to have preserved this fantastic performance for all to see (thank you Ms. E. Thrasher) and of course, to hear.
The final track is “Run Like Hell”.
Fabulous!:

Internet Tools
Do you ever have concerns about the Internet and what it delivers?
Joe does.
Here is a list of search engines you can use to explore things you didn’t know you wanted to search for, or know about, or learn what they do.
There is no infinity like Internet infinity! 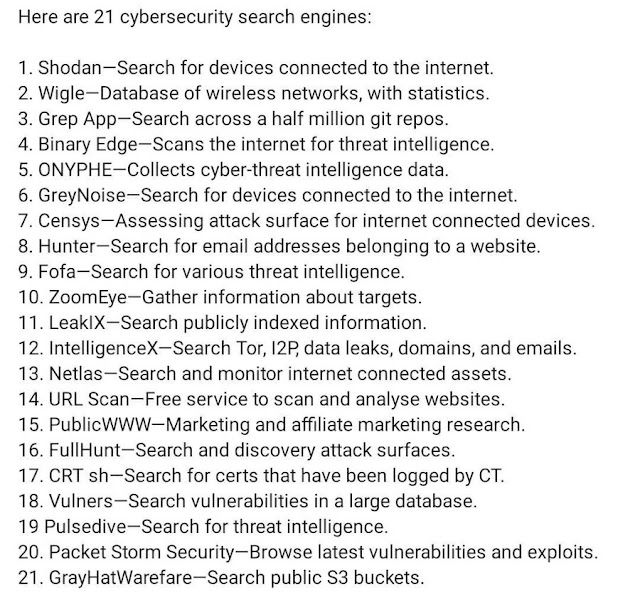 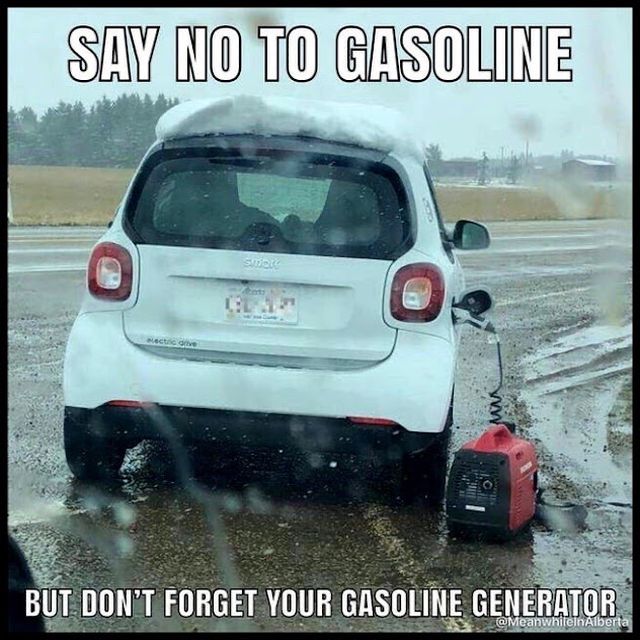 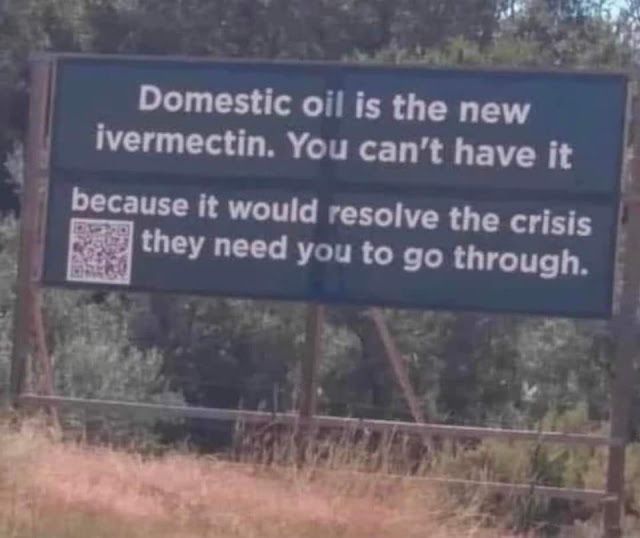 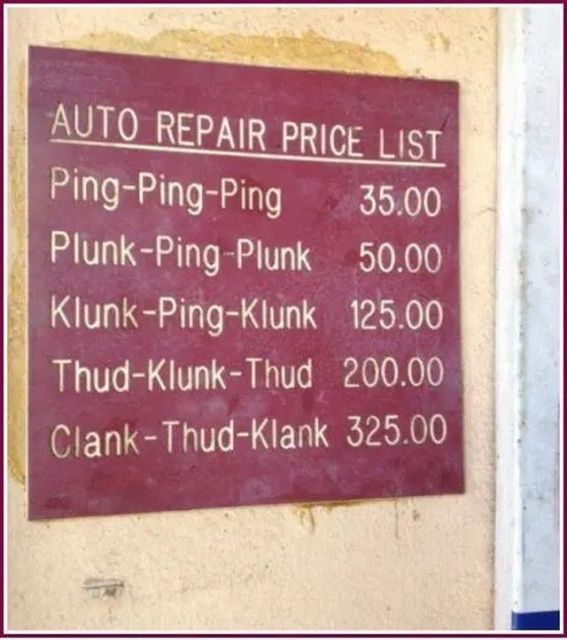 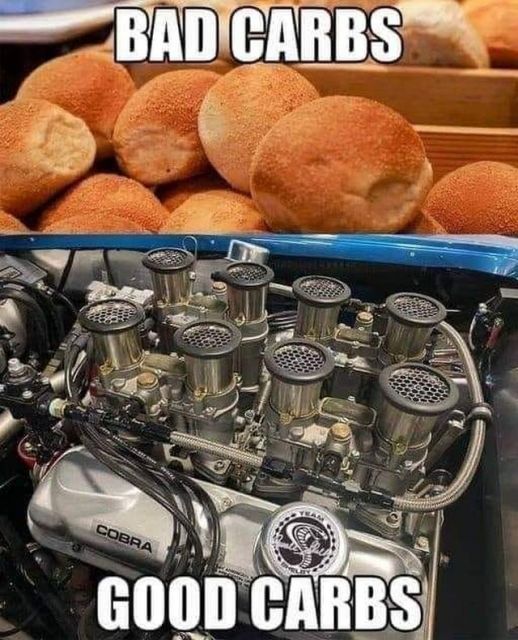