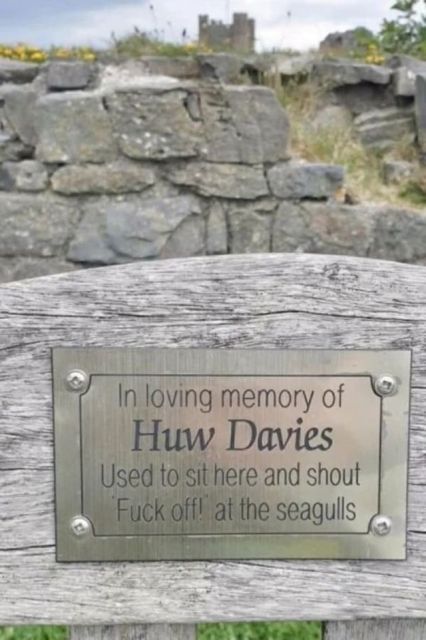 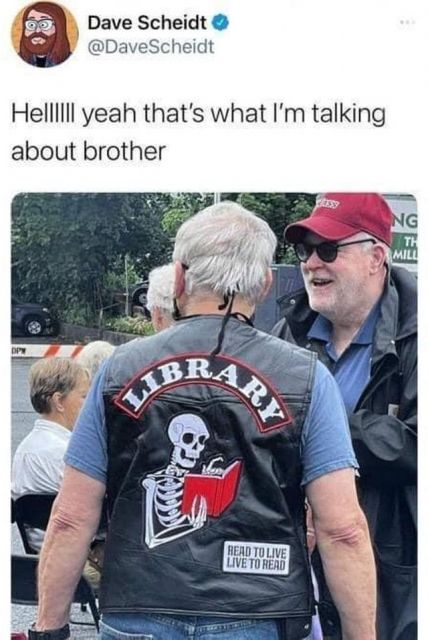 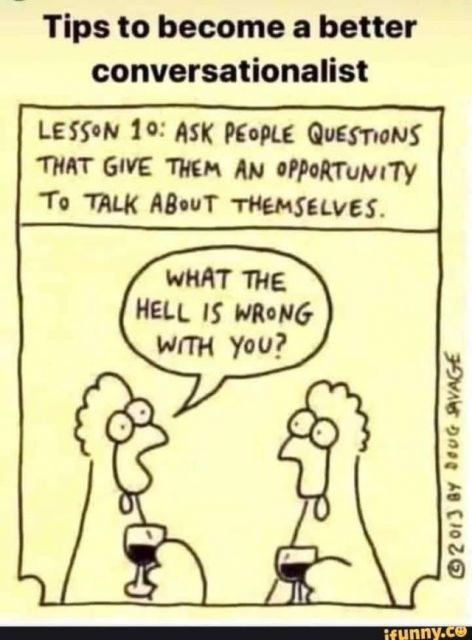 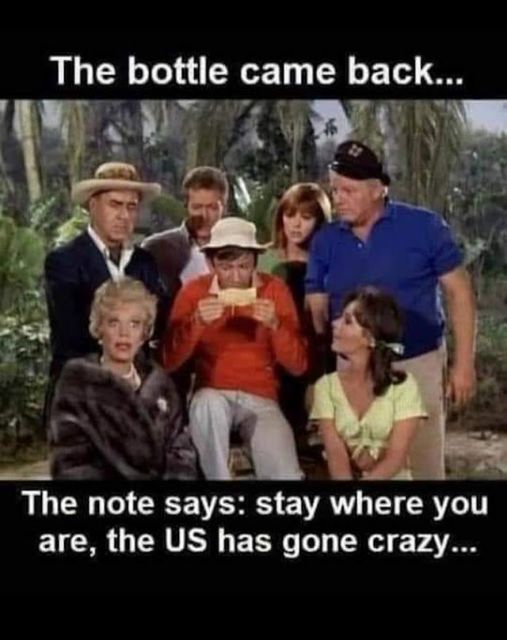 Joe’s Comment – It has been a week of double-take couldn’t be true you can’t make this stuff up are you shitting me?…..on the political front.  Hence the above memes going every which way but loose (a crappy Clint Eastwood reference).  I wouldn’t have brought it up, but I’m feeling much like Clyde the orangutan – along for the ride and the treats, but not knowing bupkis about anything specifically or in general.
I think that Huw Davies was on to something…..
What I do know is that Summer is waning, I’m hopelessly behind in my Summer projects, I daydream continuously (warm weather = relax and smile and dream), and I really don’t give too much of a damn.
I still see people all over town wearing a mask.  When the government comes to sit on our heads in the late fall with the latest non-fag specific all inclusive “pandemic”, I hope these folks give me a pass and remember that I didn’t insist they take off their face coverings….. because I won’t be wearing one when the next mandate floats down the putrid river of media deception spawned by the government toadies at the behest of their Masters.
My attitude is fine, considering the lies and deceptions and half-truths and misdirection of the last two and a half years.
The following music appeals to my STEM self.  I do love a good frequency when I hear one.
Much better than the chattering retards occupying the Main Stream Media “news” desks and talk shows.  This 11+ hour celebration of 528 Hz doth soothe the savage Joe:

Corruption and Tyranny
What are the major differences between the FBI and the Stazi (East German “secret service” – now defunct)?
Joe’s opinion is this: the only difference is time.
In time, with more power and more alignment with politics, they will equal and surpass the infamously legendary Stazi in cruelty, inhumanity, venality, and crime.
The desperation of the Democrat Party in America is so brazenly blatant only the truly oblivious ideologues cannot see their radical left corruption tainting the country every single day.
Whether Democrat malfeasance and fraud caused the current politicization of the FBI or the Democrats merely  recognized an equally corrupt organization and joined forces with them is moot to us.
We say investigate the FBI, punish the evil-doers, and re-organize the function to a more transparent model directly responsible to We the People, and The Constitution.
With any luck, come November of 2022, the Democrat Party will face a comeuppance.  Would that the guilty face justice…..
Joe and I have been Tucker Carlson fans for over 20 years.
Mr. Carlson is at the height of his career.
His outspoken perspective is precious and rare, and is a target of the Left and of the Biden Administration.  May his strength and humor never falter.
Go Tucker, go!:

The words of Lord Acton have stood the test of time – 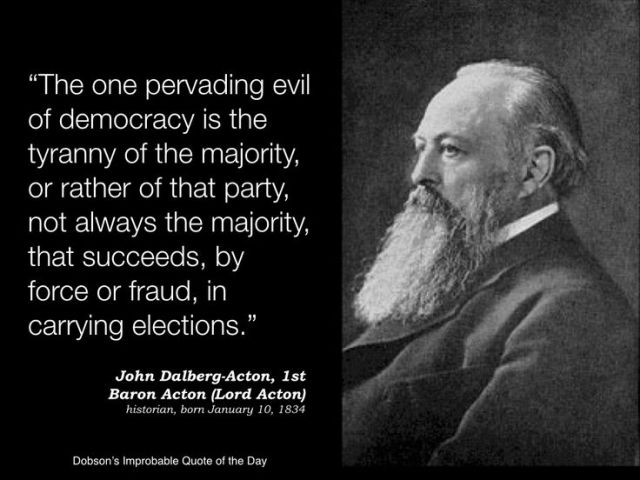 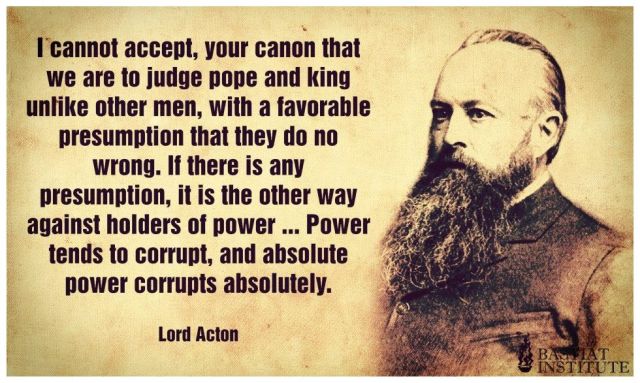 SpaceX Rocks!
Joe and I saw this short clip recently, of SpaceX’s SN10 landing.
The actual event was in March 2022.
Somehow we missed this amazing event.
The rate that space capable vehicles are advancing, we may live long enough to see men on Mars or a colony on the Moon.
As we used to say in the day, fan-fucking-tastic!
The cost of space travel continues to decline.
It is way beyond the likes of Joe and me, but declining nonetheless.
You can look at this from two perspectives –
1.  Mankind is a million years old – not too impressive for so long in the doing…..
2.  Mankind is a million years old – an amazing accomplishment that will lead to Humankind as a space-faring species!
Joe and I are of the second persuasion.  The dreams of our childhood, reading Tom Corbett novels in the stinging winter cold of Elliot Lake Ontario.
Go Elon go!:

Quick Dick McDick
Saskatchewan’s ambassador to The World (and Canada, too!) presents “The Tuffnell At Ten” news program.
Joe and I are in agreement about Quick’s analysis of Canadian political lunacy.
“Send the asteroid.  I’m outta here….”:

JBP and Daily Wire
Jordan Peterson has joined forces with The Daily Wire.
Specifically, Dr. Peterson has added his voice to Daily Wire+.
Joe and I speculated on what each entity brings the other…..
Here’s JBP to ‘splain everything:

The Coutts Alberta Blockade
A documentary has been released which presents the facts of the stand-off between the truckers, farmers, and supporters who were protesting versus the R.C.M.P. and government representatives who all wished it wasn’t happening.
Worth the time to watch no matter which side of the Rubicon you dwell:

Uninformed Consent
A view of the inhumanity spawned by the government hysteria regarding the so-called pandemic.
There were direct deaths from whatever.
There were direct deaths from vaccination.
This video concerns itself with some of the more tragic aspects of government overreach.
The introduction of the video is a grief stricken Vancouver man telling how his beloved wife committed suicide.
It was her inability to cope with the insane pressures and mandates the BC government imposed that would end her career if she chose not to comply.
I hope this man sues the BC government until it collapses.
Joe and I have nothing but empathy for a man left behind:

Note:  Should the hot link fail, the title of the documentary is “Uninformed Consent”.  A search with a web browser will find it pronto.

Densified Wood
In World War II there was an amazing aircraft built by de Havilland with an air frame constructed of wood.
It was a world beater, first class.
This segment isn’t about the fabulous Mosquito.
This segment is about wood.
The University of Maryland has discovered a process whereby wood can be “densified” permanently.
Densified wood is tough and light and surpasses other building materials in strength, but when in a humid environment, the densification leaves the wood.
Enter Liangbing Hu, the scientist at U of M leading a team of researchers, who have made permanent densification possible, without extreme cost or complex process.
Read the article here.
A summary of the process (from the linked article) –
“Their simple, two-step process starts with boiling wood in a solution of sodium hydroxide (NaOH) and sodium sulfite (Na2SO3), a chemical treatment similar to the first step in creating the wood pulp used to make paper. This partially removes lignin and hemicellulose (natural polymers that help stiffen a plant’s cell walls)—but it largely leaves the wood’s cellulose (another natural polymer) intact, Hu says.
The second step is almost as simple as the first: Compressing the treated wood until its cell walls collapse, then maintaining that compression as it is gently heated. The pressure and heat encourage the formation of chemical bonds between large numbers of hydrogen atoms and neighboring atoms in adjacent nanofibers of cellulose, greatly strengthening the material.”
OK, got the general drift.
A couple of videos to flush out some detail:

Joe and I speculate how awesome the Mosquito might have been with densified wood.  Lighter, then faster.  Tougher for sure.  Patrick Moore is still the best oracle of future direction.

3D Printing of Metal
Finally, the proof of the pudding is here.
The folks at “Titans of CNC Machining” showcase a 3D printer manufactured by TRUMPF – the TruPrint 2000.
Bloody miracles!:

More from Titans of CNC.  The part made above, that is impossible to build conventionally, is cut exactly in two pieces, using an ONA CNC machine.
Joe gets a tent in his pantaloons thinking about what he would do with these machines.
For sure it would include Ford truck parts!: