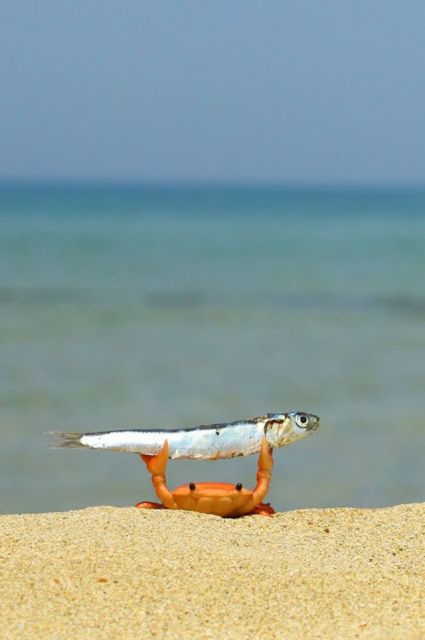 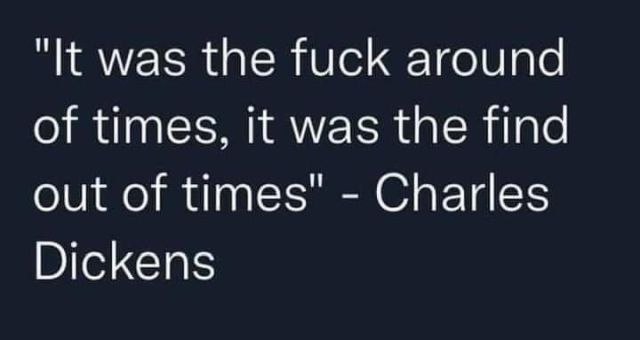 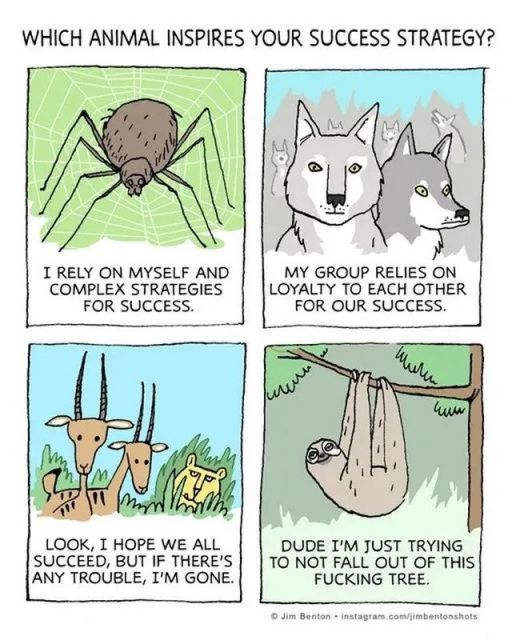 Joe’s Comment – This has been a fabulous week.  The weather was superb!
Hot, plenty cloudless, peaking in the ’90s every day…..
A great way to end July!
A few projects completed successfully.
A few not so.
Some other good stuff this week:
–  Elon Musk is terrifying the board at General Motors – he’s contemplating buying GM for $60 billion.  I love this guy!
–  Elon Musk has shot down Twitter just like Snoopy and the Red Baron.
–  I got my ’86 diesel dually running, and did a trip to Armstrong.  And back!
–  I started the ’50 Ford Fordor and moved it today for the first time in two years.
The rest of life this week is exemplified by the sloth strategy (above):
–  The cost of fuel, parts, food, and money keeps rising.
That idiot Turdeau is trying his best to piss off every class of mud pecker in Canada.  See QDMcD below.
–  Joe Biden and his criminal family are Teflon® coated – they could eat raw babies alive and the Media would point to Trump, or Putin, or stare dumbly at their shoes.
–  British Columbia is still advocating the vaccination of babies and children.  How much data does it take?
–  Tamara Lich is a heroine to me.  The Canadian Judicial system sucks dick.  Just what in the Hell does “peaceful protest” mean to the elite in Ottawa and the “halls of justice”?  Fuck Eastern Canada relentlessly.
So much for living in Canada, where the “Rule of Law” is just and paramount….
Or not. 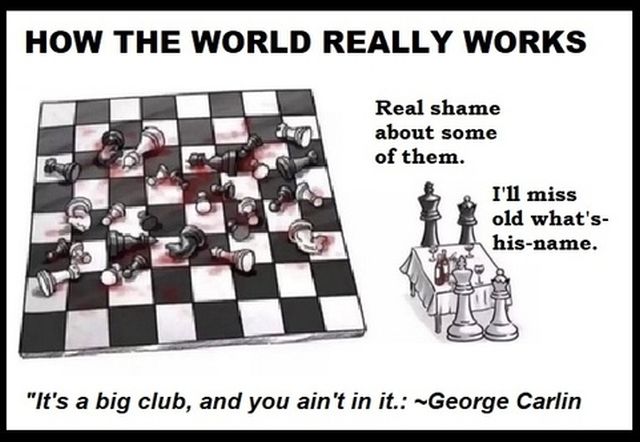 Quick Dick McDick
This is the best QDMcD in some time.
Saskatchewan’s ambassador to the world weighs in on the latest hysteria from the idiots in Ottawa.
This video is about agriculture and business and land / production management.
It is also a political opinion.
As usual, QDMcD gets to the point, makes his case, provides data and examples, and by doing so, makes the noise from Ottawa sound like gibberish:

The arrogance of our political class has no boundary.
Joe and I wish these elected representatives would do what they were sent to Ottawa to do.
Global Warming is a trope disguised as license to control We The People.
So is the “war in Ukraine”.
So is gender identity.
For big “F” fuck sake, do your jobs and leave us mud peckers alone!
And you, Mr. McDick, keep doing what you are doing, ’cause you do it well.

Fritz Haber
The brouhaha about nitrogen fertilizer is  political crack-pottery.
Fertilizer is essential to supplement the lack of nutrients in over-farmed soil.
Fertilizer is essential to complement nutrients missing in soil.
Fertilizer is good.
Before the invention of chemically produced fertilizer the world was addicted to “guano”.  How addicted?  War over the control of guano islands is how addicted.  Four pounds of guano equal in value to one ounce of gold addicted.
Enter Fritz Haber, the inventor of the process that produces ammonium cheaply.
Ammonium is part of the nitrogen fertilizer cycle.
Fritz helped billions be fed.
Fritz also killed millions with poison gas.
If that ain’t enough to peak your interest, go fish!:

Patrick Moore Refresher
There are few Canadian heroes currently alive in the True North Strong and Free.
Dr. Patrick Moore is such a hero.
With his research and analysis, he has paved a path of sanity through the hog-wash that passes for “climate science”, whatever that might mean politically.
Joe observes that Ottawa has never invited Dr. Moore to come straighten them out.  I wonder why?:

Here is a TEDxVancouver  presentation from 2009.
He points out the geopolitical madness of Europe depending on Russian gas and oil.
He points out the frailty and economic disaster of “green” energy – wind and solar – while nuclear energy is boycotted.
He talks about the current energy balances (of 2009) – percentages of energy from nuclear, gas, oil, wood, hydro-electric, and green sources.
He forewarns the demand for electrical energy to power electric cars.
This was 13 years ago.
There are few “visionaries” whose vision(s) stand the test of time.
Dr. Moore is one of these rare and essential men:

This last refresher video is from a March, 2022 “Steamboat Institute” presentation.
The man is a rock solid scientist.  Canada should celebrate this man:

Tim Ball Refresher
Another Canadian hero.
Another warrior scientist.
The perspective professor Ball speaks from exposes the political machinations driving the climate / CO2 / green hysteria.
The following video is dated August 2019, but Joe and I know it is earlier.
During the presentation, Prof. Ball mentions the “hockey stick” / Michael Mann lawsuit being in the future.
Tim Ball won the suit against Mr. Mann in 2019.
No matter.
The information is a compliment to the words of Patrick Moore, exploring the political manifestations.  Another word that starts with “P” is Power:

Jordan Peterson
JBP is on a roll.
Joe and I think he is entering the political arena.
Or, he is simply critiquing the poor performance of the Liberal Party during the most recent cluster fuckery.
He predicts a decimation of the Canadian economy that will last 40 years.
Makes you kinda proud to be a “fringe minority” don’t it?:

Dr. Thomas Seyfried
Anthony Chaffee interviews professor Thomas Seyfried.
Dr. Seyfried wrote a book titled “Cancer as a Metabolic Disease: On the Origin, Management, and Prevention of Cancer“.
This interview explores the good professor’s current understanding of the source of cancers (ancient genetic “memory”), and how current treatment misses the mark of curing cancers.
Once again, the excessive consumption of carbohydrates is identified as culpable:

The World’s Largest Organism
There seems to be a difference of definition about “organism”.
This first video is about a fungus named “Armillaria ostoyae”, or honey fungus.
DNA evidence turns up interesting facts, just the facts, ma’am:

But wait!
There is another contestant.
This video says the biggest organism is a tree.
Joe and I can’t prove otherwise.
Big mushroom.
Big tree.
Amazing DNA forensics: