Joe’s Comment – This short gif seemed a metaphor for my current mental disposition.  The weather this year sucks.  The political situation sucks too.
The financial dilemma faced by most common folks, ditto on the sucking.
The rage rises.
I’m irritable, and unpredictable.
Perhaps it is me looking in a mirror and realizing what I have become.
An angry soul who recognizes his inability to influence the culture.
An angry soul who doesn’t like the direction the culture has taken.
Angry because he will not allow himself to accept what is taking place, but powerless to stop it.
The following two images make me livid with rage – 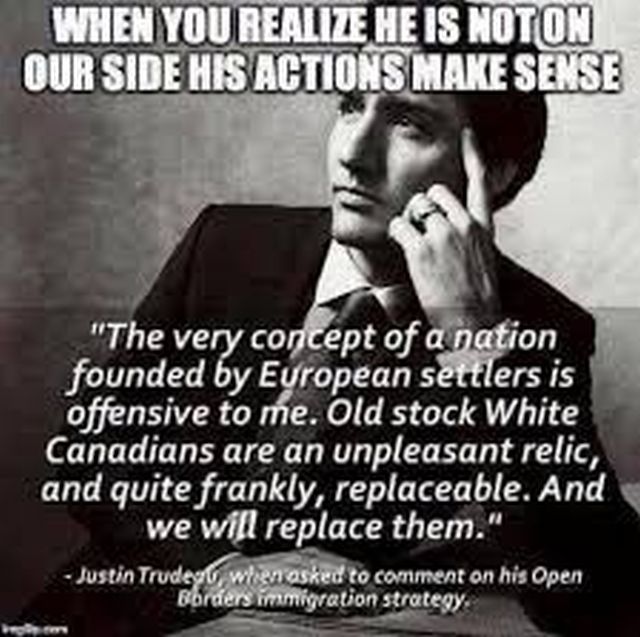 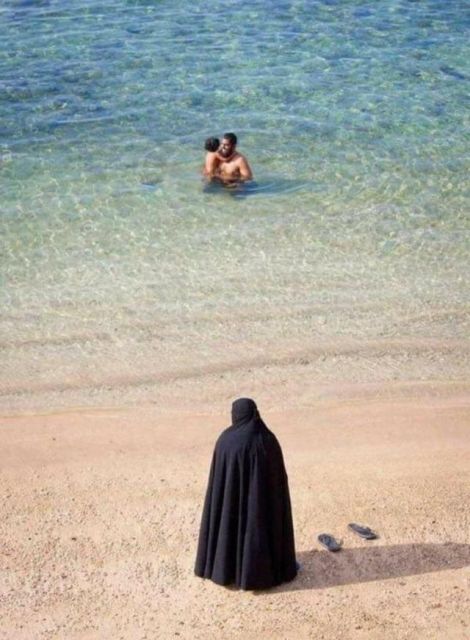 The first is a focus on what is evil about politics in Canada – a self professed racist ideologue unfit to be the PM, beaking off unaware of how pathetic he is.
The second is a moral atrocity.
Yet the racist ideologue is allowed to carry on.
The misogynist coward in the second is allowed to carry on.
Almost too unbearable for a Libertarian to endure.
I need an attitude adjustment, methinks.
Just how much responsibility have I for the sorry state of affairs in the world?
What actions are necessary?
More thought required…..

Rain
It has been raining for months.
Joe and I have projects that require dry warm sunny days for weeks at a time.
It is a major reason we moved to the Okanagan Valley almost 50 years ago – dry warm sunny days!
What to do.
Humor helps.
As the song in Life of Brian states, always look on the bright side of life.
In a funk on Monday because the rain kept oscillating from downpour to drizzle, Joe started an Internet search for some laughs.
He found two wonderful comedians who didn’t need to use non-stop profanity to get their point across.
We share them (and register them for posterity) here.
First up, Karen Morgan:

We laughed our ass off (but we didn’t roll on the floor).
Now if it would only stop raining…..

Quick Dick McDick
Tornado time in Tuffnell.
QDMcD shows up close what the damage is, and who wins the prize of destruction.
The link for Tuffnell (above) shows it to be a remote agricultural community in Division 10 – the same division as Ituna SK, the birthplace of our mother.
A tornado is a nasty phenomenon that proves “Mother Nature” is no mother we’d condone.
Proof that the air around us has a mass that is significant and perilous given certain conditions.
QDMcD appeals for relief for those unfortunates who have their farms rent asunder.
If it ain’t weather it’s more weather!
Farming is a very stressful way to make a living:

Windsor Monster
The Ford engine series’ modern naming convention was never “big block” and “small block”.  Neither was Dodge/Chrysler’s engine identification.  That was a GM coinage.
For Ford in the ’60s to ’90s, some of the more common V8 engines were the Windsor group (221 to 351 cu. in.) the Cleveland (351 cu. in.), and the Modified (351 to 400 cu. in.) for smaller displacement.  The physically larger engines were the FE/FT series (from 332 to 534 cu.in.).  The FE/FT were replaced by the 385 series (3.85 stroke) which topped out at 460 cu. in. for cars and trucks.
In the following video, a Dart Windsor block is fitted to displace 460 cu. in.  The reasoning is weight and overall size savings with big power output.
For a naturally aspirated engine on pump gas, this is an incredible build.
Joe observes none of these extreme builds ever mention expected longevity or durability.  While it lasts, this is incredible power in a small(er) package.
Forgive them the misnomer.  It is a Windsor build:

Wagon Building
Joe and I never had a little red wagon.
We never rode in a stagecoach.
We don’t much like horses either.
Watching the following video on this unique Ub2b channel makes us realize just how technologically advanced the West has become in less than 150 years.
Transportation is now cheap, fast, safe, and universal.
Dave Engels is the proprietor of Engels Coach Shop, where, for 40+ years, Mr. Engels has been practicing the lost trade of wheelwright.
There are many videos at his Ub2b channel, EnglesCoachShop.
True works of art now, but in the day, de rigueur: