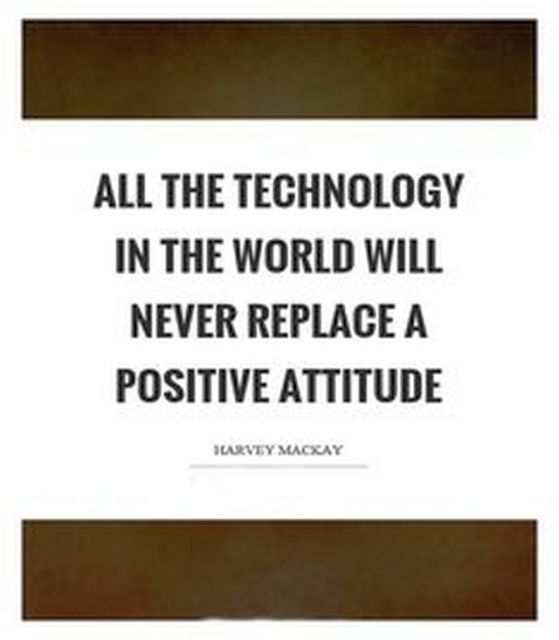 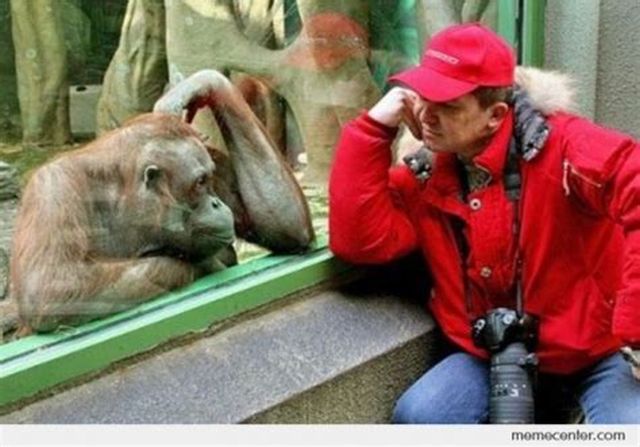 Joe’s Comment – Another week of lassitude – [ las-i-tood, -tyood ]
noun:
1. weariness of body or mind from strain, oppressive climate, etc.; lack of energy; listlessness; languor: It was yet another day of extreme heat and lassitude.
2. a condition of lazy indifference: Democracy is hard work, and demands that citizens not drift into lassitude.
I carefully read and re-read the Dictionary.com definitions.
They both apply.
Something about the steep climb to the Winter Solstice is burdensome for me every year.
I can’t say it gets worse with age, but the fact remains it is an annual affliction.
My life is a balance of outdoor physical activity and long bouts of reading, writing, and figuring….. you know.  Action and Reflection.
The inhospitable weather tends to unbalance the equation.
Too much reflection leads to other “r” word activities which produce no positive results.
Time to do some home renovations.
That always gives my mental engine a chore and my body something to do.
That just might make things even better around here.

Pearl Harbor
Well, well.
Joe and I have been around the Sun 72 times.
The attack on Pearl Harbor was December 7th, 1941.
Eight years before our birth.
There are very few living men and women who were there on that day.
Although Joe and I don’t watch television, we do subscribe to a large number of information sources, commenters, and polemics; all via the Internet.
This year we didn’t see or hear or view much in remembrance of the day that precipitated the U.S. of A. declaring war on Japan.
Joe and I have very mixed emotions about war.
By the end of World War II millions and millions of people were dead as a direct consequence of the conflict.  There are various estimates of the toll.  The War History website estimate is 62 million total – 37 million civilians and 25 million military personnel killed.
Civilians took a major shit kicking (a good argument for the 2nd Amendment).
What a stain on the species, on the Brotherhood of Mankind.
Back to Pearl Harbor.
The death toll from the Pearl Harbor attack is officially tabulated as 2,403 total, including 68 civilians.  A Gomer Pyle shitstorm delivered in a peace time setting:

As a boy, Joe and I were steeped in stories of Good vs Evil.
As we age we still have strong commitment to doing Good and opposing Evil.
We are not so strong in our commitment to any government or country.
Our commitment is stronger than ever to the belief of “inalienable rights”, of freedom of speech, of liberty, of private property, of a law directed participatory form of government, of the preeminence of the individual.  And the inherent natural right to self defense.
We take solace in the perspective advanced by Ayn Rand, that the individual is the smallest minority and all law must be written to that end.
War.  What is it good for?  Absolutely nothing! (Edwin Starr reference).
You would think that such an atrocity enjoined and committed by mankind less than 100 years ago would still be on the minds of everyone.
It is on our mind. 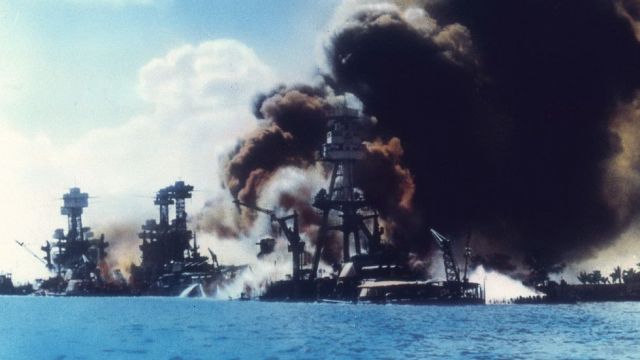 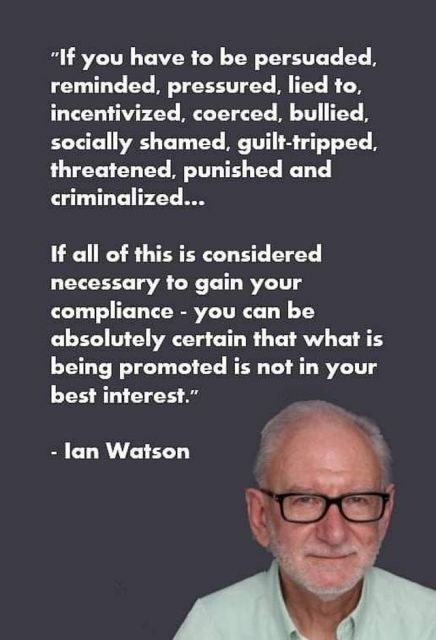 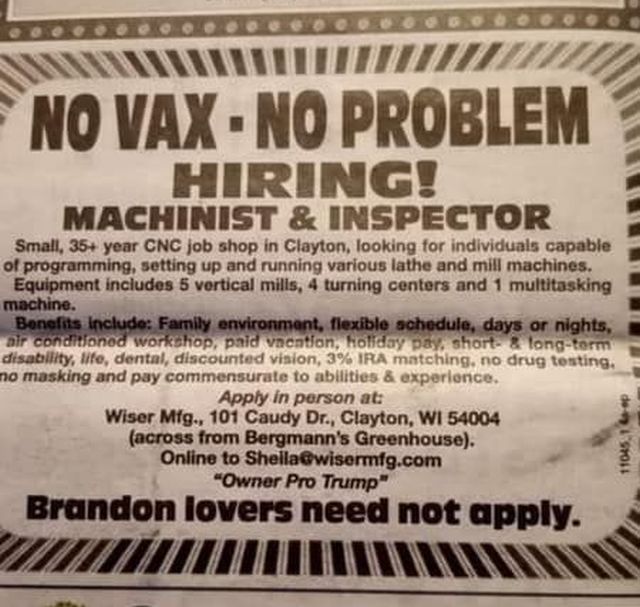 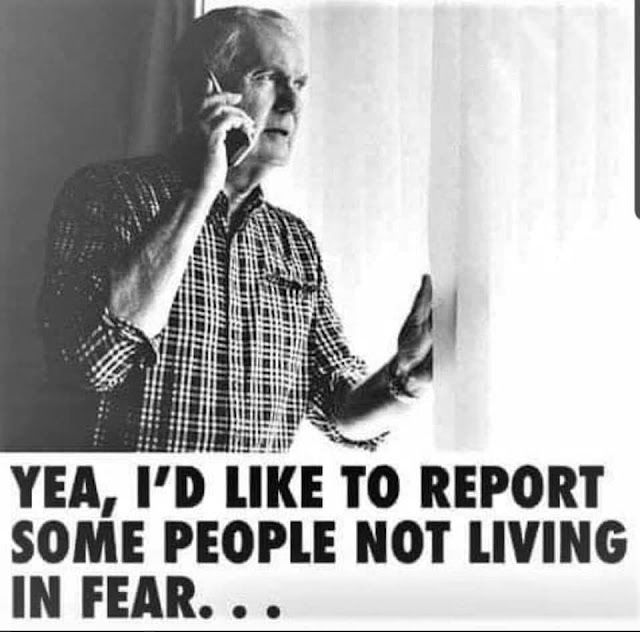 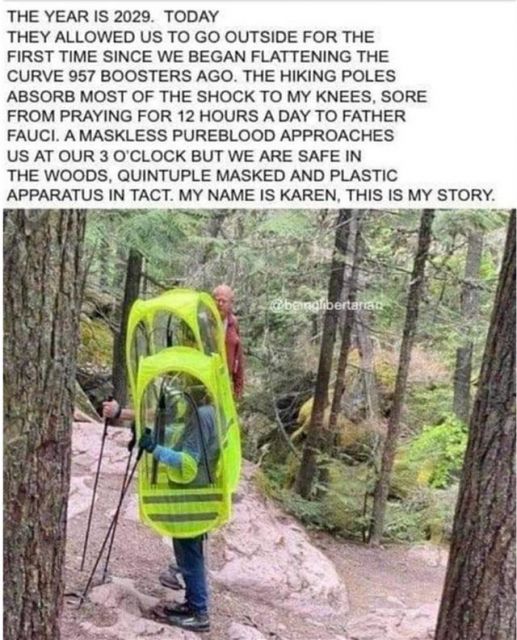 Sanity4Sweden
Stefan shows the entire list in this short video.
His list is growing – it is a compendium of doctors, scientists, regular Joes (Joettes too), and professionals who do NOT conform to the COVID talking points from the W.H.O., Big Pharma, and most government medical “officials”.
He is permanently banned from Ub2b – they finally understood what he was doing.
There are now 56 names on the list.
The tide is changing.
Or is it coming in?
No matter, We The People are paying attention:

Another from Stefan this week.
His annual list “Top 15 Dangerous Clown Idiot Political Leaders of the Year”.
Joe and I were curious where the clown prince of Canada would fall in the list, for his antics re: COVID have been dark and disturbing.
Chief Rainbow Socks (aka Castro’s Bastard Boy) came in 10th.
As Stefan states, it was a brutal competition this year:

Da Yoopers
What can we say?
Truth is, we can’t:

The Backwoods Boys
Once again, with passion only the deer huntering season can invoke:

Dr. Natasha Campbell-McBride
Kelly Hogan is a bright spirit who has forged her own path of personal nutrition based on her poor health and the lackadaisical results she experienced from advice and direction of the “medical community”.  She has been solely carnivore for over 10 years.  Her before and after story is almost miraculous.  Her Ub2b channel is called “MyZeroCarbLife“.
Joe and I found the concepts and data very interesting in this interview with the author of “The GAPS Diet” books(here, here, here, here), Dr. Natasha Campbell-McBride.  GAPS website.
Her perspective on early childhood nutrition opened our eyes wide:

Hitler
The “Hitler Rants Parodies” channel on Ub2b is a hoot!
Joe and I like it for the pure asinine immaturity: it appeals to our 14 year old self.
Here’s Hitler & Co. struggling with a fuel crisis: