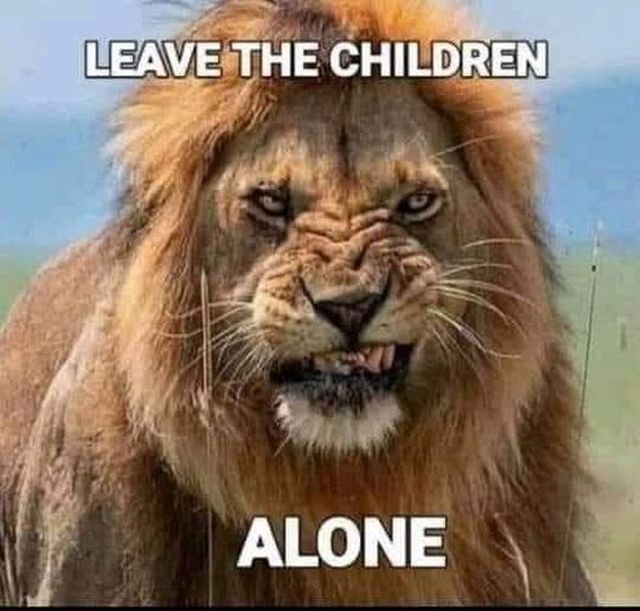 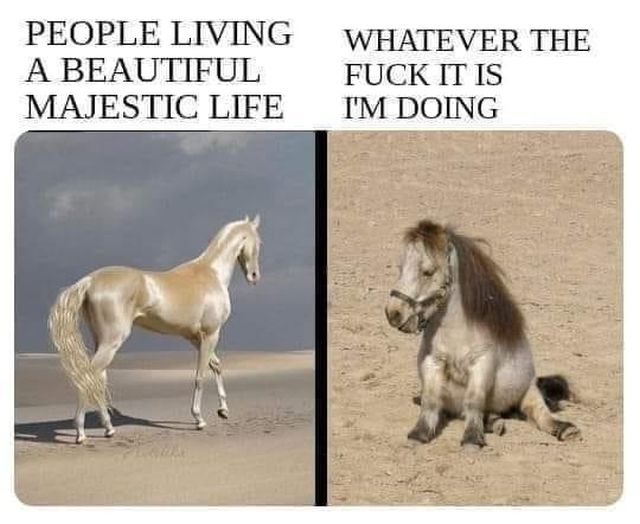 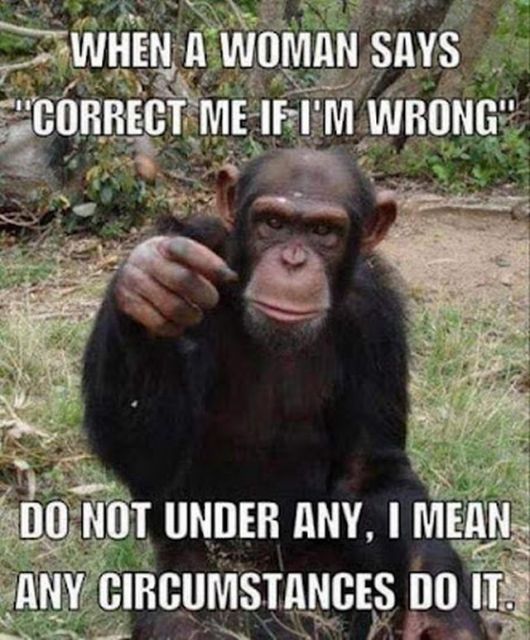 Joe’s Comment – Three important ideas delivered by other mammalians.  This entire concept of “vaccinating” the children for COVID is child abuse.  The statistics, data, and science seem to have been sidetracked for some nebulous idea of who runs this world.  In the West, the theory is the government is purposely elected to enact the will of WE THE PEOPLE.  It is patently obvious that is not the case.  The concept of “common good” is a farce.  The idea of a country needs review.  Let the children be children used to be common sense.
The usual reflective mode is to compare where you are now with where you were in the past.  Humans have a tendency to compare their now to the now of others.  Not a valid comparison.  Unless you are masochistic.
The last image has words of wisdom from some chimp.
Take heed…..
NOTE: Another very busy week.  The mild weather (for the season) has inspired Joe and I to work from dawn to dusk (our equivalent is noon to supper) getting outdoor work organized or started.  The objective is to complete the work, but we are a realist.  The very very least is fresh air and sunlight on our old man skin.
Nice!
Consequently, not too much Internet surfing.  Lots of cartoons and memes.
Frankly (how else?) we are tired of everything political.  We’re listening to more music.  Watching more documentary / discovery / scientific and technological presentations.   Here’s a bit of music that soothes the savage Droverian –

Note:  We’re about done with the hysteria.  There seem to be two camps.  Whatever.  No more Mr. Nice Guy™.  The government apparatchiks have been smoking opium.  They are in some dream where they have power over We The People.  A pipe dream, indeed.
Whoever is feeding this dream is delusional.
Next week we will publish Bernard Valter’s list with some links to pertinent presentations and/or discussions for each person on the list.
We will probably make it a permanent fixture in the Rant.

Pfizer “Vaccine Trial”
A whistle blower (Joe has a rape whistle – never used, mint condition – not the same thing) has spilled the beans.  Or vials…. whatever.
The Pfizer trials used to justify the rush to market were fraught with poor practice, lack of data integrity, and danger to “patients”.
Go to the above link to read the article by Paul D. Thacker.
Joe and I are not surprised, but we are feeling vindicated and mightily vindictive.
Just who in the world are these people to play Russian Roulette© with the lives of millions of Earth’s humans? 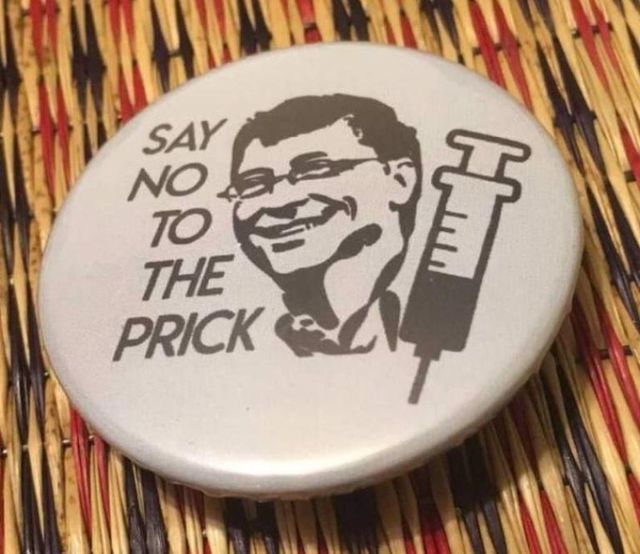 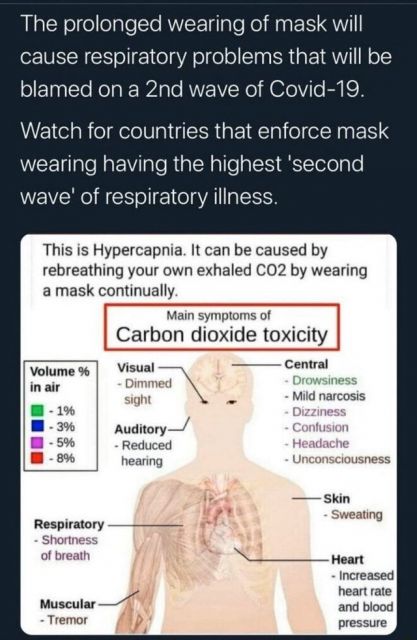 Trucking
The fact is anything you own that you didn’t grow or harvest or mine in your back yard probably spent some time on its way to you on a truck.
If the anything you are thinking of is a bit exotic, it may also have spent time on a ship or a railway car, or on an airplane.
But most definitely it hitched a ride on a truck.
All of the others are limited in operational sphere.
A ship needs an ocean or lake or river: not much good ashore.
Locomotive transportation is great for hauling huge weights over long distances cheaper than any other method on land.  Alas, it requires dedicated specialized and expensive infrastructure to operate: a rail track system.
Aircraft enjoy speed, but are hindered by cost per pound / volume limits, and have very expensive infrastructure to enable landing and taking off.
The truck has a reasonable payload – most “18 wheelers” are licenced for 20 tons of payload – much more with special configurations.  Its cost per pound / volume is more than ships or rail (on average), but cheaper than aircraft.  It is on average faster than shipping or rail.  Where trucking shines is it can deliver its cargo anywhere on land there is a road.
As of 2020, there are 19,919 airports in the U.S. of A.
In contrast, there are 4.09 million miles of “navigable” road in the U.S. of A.
This doesn’t include “off road” trails, unmaintained roadways such as logging roads, roads on private property, and good old dirt without obstacles.
Joe maintains that a good 4 x 4 Ford (or equivalent) doesn’t need a road!
Compare this to approximately 140,000 miles of railway track.
The autonomy of trucks is a bonus.
The simple fact is if truckers stopped delivering goods, most major cities would suffer severe shortages of some items in less than 5 days.
No amount of shipping, rail, or aircraft could make up the deficit.
Not ever.
You have heard Joe and me go on ad nauseam on the subject.
This is all true, and you can prove it by doing some research.
Heavy truck traffic in Los Angeles California for example.
High use trucking on Highway 701 sees over 42,000 truck trips daily, followed by Highway 60 with over 24,000 heavy trucks per day.
You would think that the use of infrastructure taxation would be to improve the ingress and egress of this huge volume of heavy truck traffic.  It is the lifeblood of the city.
Alas, the wisest of the wise, the political class in California, the seers of the politically correct future have decided that the solution is NOT improved traffic flow of life-sustaining goods arriving from everywhere by truck.
What the politicians have decided to do is kill the trucking industry.
Recent bills passed by the California legislators in Sacramento have literally outlawed owner-drivers.  The same bill has made illegal older trucks, and decreed an all electric heavy transport future.
Joe is speechless.
Anyone with two or more neurons in their cranal cavity know this is impossible in practice.  Why?  There isn’t enough money printed to cover the costs.
You can read an analysis by Daniel Greenfield titled “California Drove Truckers Out of Business.  Now Store Shelves Are Empty“.
Unfortunately, California has shipping ports of entry that literally control the flow of Asian goods.  We have all heard of the bottleneck in Los Angeles – 60+ ships waiting at anchor to be off loaded in the harbor.  The bottleneck is complicated, but a simple fact to understand is if there are no trucks to take the port offloads to their destinations, the bottleneck cannot be relieved.
Because of climate and Interstate infrastructure, California controls a large part of the trade economy of the nation.
Their lunatic politics is bankrupting the entire country.
So much for movie stars and hippies. 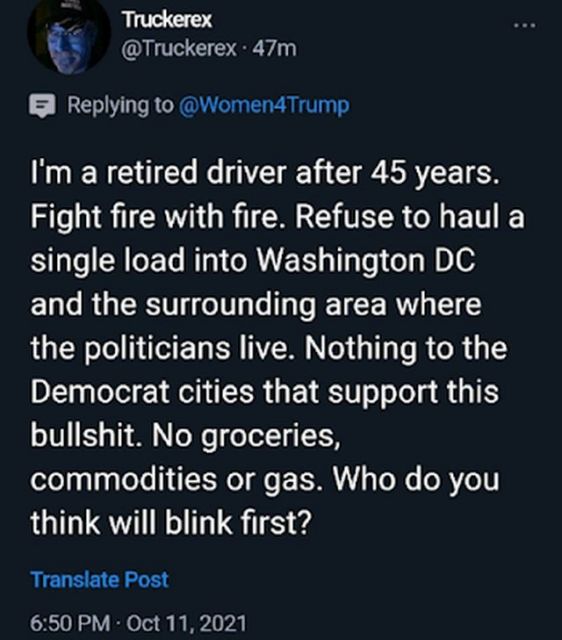 The Arabia
Long ago a steamship named “The Arabia” struck a large tree trunk in the Missouri  River and sank.  It was September, 1856.  The mighty Missouri changed course.
The Arabia was re-discovered 46 feet below a cornfield in Kansas.
An amazing story: