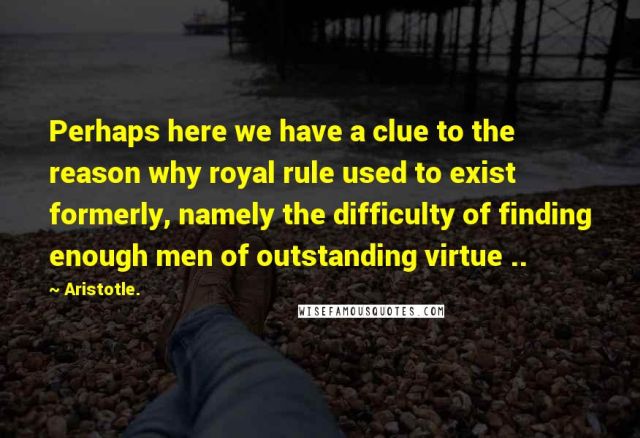 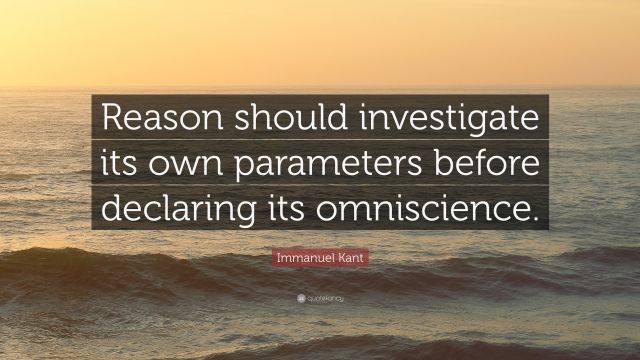 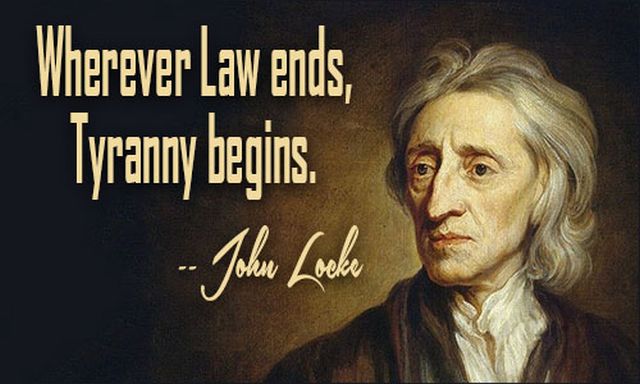 Joe’s Comment – The warmer weather occupies my full attention with outdoor projects.  Of the above quotes from Aristotle, Immanuel Kant, and John Locke I will say that deep meaningful and wise as these men were, the nice weather brings out the Snoopy in me (dancing on the dog house).
Or, as Marilyn Monroe is quoted to have said – 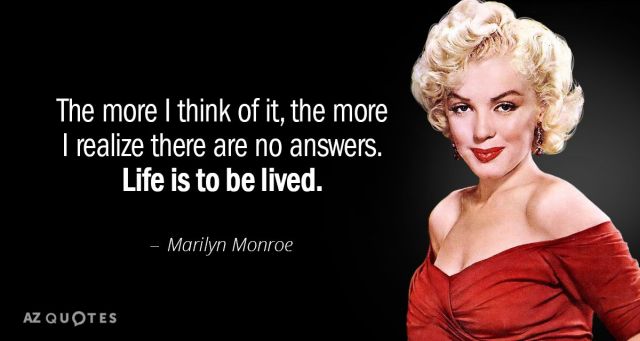 To PN
This week’s rant has a lot of music videos.
Music helps Joe and me (and the other 35 lunatics in our head) keep a grip.
Some things last a lifetime (Joe says what a doltish thing to say….. the only thing that lasts a lifetime is your life, dummy!)
Music and us have been all over the emotional landscape together.
We literally have music for every mood or nuance (none of it is rap), for every idea or occasion.  And in true Yossarian fashion, we are proud of the fact we didn’t contribute one fig to the entire field of musical endeavor.
All the beautiful music came from people who just had to make it – they had no choice.
Slaves to their passion…..
It seems only fair that Joe and I use it as we please, for totally selfish reasons.

The Flower Duet
Joe figures it is time.
“April showers bring May flowers”.
Well, April was dry this year.
Not knocking the flowers that grow but this flower song is magic, and is appropriate any time.
Sung brilliantly and well.
Why not now?:

Canuckistan Times
Lordy, Joe and I have less than contempt for our fearless leaders, here in “the U.S.A.’s attic” (hat tip Kathleen Madigan).
We would lose no sleep if all of them were put in prison and the key tossed away.
The latest crapola is the militant lock down order attempt in Ontario:

Combine this with news south of the border that throws the law and the legal system under the bus (again, says Joe).
Why can’t politicians stick to the job they swore they would do, and were voted into office to perform?
The ego is a nasty piece of work.

Dr. Shawn Baker
This week the good doctor has been productive and cunningly acerbic toward the “Woke” crowd.  The following video is a rolling screen of comments in reaction to an announcement by a cooking website, “Epicurious”, to cut out beef.  They connect beef animals to some imagined sustainability issue – beef are not pro-planet.
The entire video is a scrolling look at the comments section.
We think this is the sane people making their thoughts about “Woke” culture public.
And another pompous gaggle of jackasses bite the dust:

The Ragin’ Cajun
Doug Kershaw, aka “The Ragin’ Cajun”, is still alive at 85.
Joe and I watch us some Cajun music – previous Sunday Rants are a testimony.
We stumbled upon this version of “Diggy Diggy Lo” featuring Mr. Kershaw and Mark O’Connor, circa 1994.
Crazy entertainer.
We imagine Mr. Kershaw’s crazy made him a wild card in the music industry:

The Kershaw version of “Orange Blossom Special” is a high water mark.  We have never seen it done with more _________ (we have no word), but we know it when we see it.
The following video (taken from VHS tape) shows his incredible talent and energy.  The other musicians are marvelous performers too:

One last Doug Kershaw with a medley of three songs.  Reading from the comments, we must share a few that caught our eye –
gfh110 – “I’m a fiddle player and I know first-hand that the violin is a fickle instrument. It’s a precision instrument and requires accuracy and discipline. I’ll never for the life of me understand how Doug Kershaw manages to play actual notes in time and in tune while treating his fiddle like it’s a washboard. It’s amazing and inspiring.”
Martha Vaughn – “There’ll never be anything close to that coonass. The best ever.”
Will C – “I am Canadian…Bayou music is far from me…but I know talent and good music when I hear it!”
Amen, hallelujah, we agree.
As another commenter said, you can’t watch Doug Kershaw and not smile.
Joe and I were grinning alright.
We were guffawing (or a reasonable facsimile).
His energy, passion, and good nature shine!
Joe says so does the crazy.
We’ve been fans for 60 years, best reckoning:

Adam Neely
Joe and I regret not learning to play music.
Seems it was always a dream, a wouldn’t it be wonderful and nice, but never a “must do”.
The crowd of 37 in our head has a guy way in the back who doesn’t say much but listens real hard.
His view has been that if we mastered an instrument the magic of music might fade.
His view has been no matter which instrument we chose, we would wish to play another.
And there is the reality of making a living while learning.
Joe and I figure it would take us 10X longer than the average mud pecker to learn an instrument.
Then there is the musical theory that perplexes we who don’t have perfect pitch.
The following video is Adam Neely explaining a complex set of chord and key changes he calls “The most elegant key change in all of pop music”.
We had to watch two times to get the most primitive concept of WTF he was talking about.
And using Celine Dion’s talent as an example.
Joe and I enjoyed the presentation.
We need to spend more time with music theory.
It makes us think we can explain why music is so magic when we know in our soul that there isn’t any way to put in words what we feel:

Dr. Paul Mason
A favorite go to for Joe and me to learn more about the incredible complex inter-relationship between living organisms.
Q.  How do plants protect themselves from being consumed by hungry humans and other “predators”?  After all, they can’t run away or hide.
A.  There are many plant defenses.  Chemical warfare is a common method.
Lectin is a toxic protein produced by some plants to deter random chewers of flora from eating them alive.  Sounds sensational, but that’s the fact, Jack.
People are more or less sensitive to lectins, which are in many forms of plants we call “food”.  Here is a chart of common foods containing lectins.  You may recognize some.  If you are snacking as you read this, and the snack is plant based, you have (perhaps unwittingly) chosen your poison – 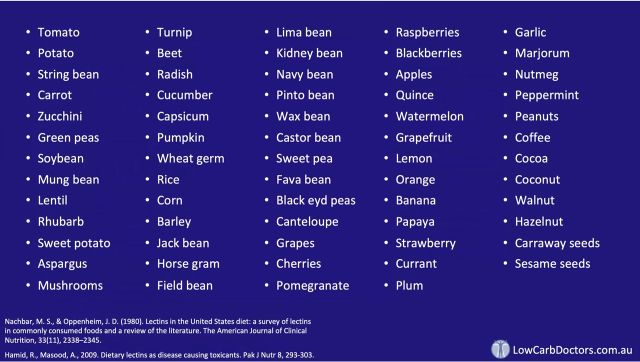 Joe says we are sticking to meat, thank you very much.
In this presentation, Dr. Mason will identify how a lectin protein (many shapes and sizes) can and will enter your body.  The spectrum of responses to lectin in humans range from I didn’t feel nothin’ to death.
Joe says that alone makes us pay attention:

Pat Condell
A clear, concise, rational, and truthful voice from the UK.
Joe and I have been watching Mr. Condell for a long time – the earliest we recollect is Sunday Rant – OH! Kanada!, from November 20th, 2010 (before our current title standard was established).  The link in that old rant is broken.  Mr. Condell has been isolated, banned, defunded, stapled, folded, and torn by Ub2b over the years.  It is a miracle he is allowed to post there at all.
As per expected, the following video is rational, passionate, and cogent.
As Mr. Condell says, “Ridicule is the best disinfectant for stupid ideas and for ugly ideas.  Let everyone express what is in their heart, even if it is hateful.  Then let it be challenged, rebutted, refuted, exposed to the light, made ridiculous, and laughed at.  What are we afraid of?”
He goes on to say “The law can’t be trusted with freedom of speech, because the people who make the law can’t be trusted not to take liberties, and the people who enforce the law can’t be trusted not to behave like the Gestapo.”
Joe and I no longer want to visit the homeland of our ancestors.
We can get all the stupid and dangerous and hysteria we can handle right here in Kanada:

THC – What It Do?
The Institute of Human Anatomy channel on Ub2b has a presentation on what systems in a body are affected by the consumption of THC (Tetrahydrocannabinol), the principle psychoactive in cannabis.
With the mandatory (for this channel) cadaver bits and pieces.
Very interesting my dear Watson:

TwoSetViolin
Brett Yang and Eddy Chen crack us up.
Joe and I have been watching their videos for years.
The last time we included them in our rant was Sunday Rant – 2620.
They introduce the best of the violin world (and all of classical music) through their Ub2b channel.
Here’s an example from last week, titled “Auditioning for the Most Prestigious Violin Competition in the World”:

Following is an hilarious video where Brett takes a lesson from Sanna Iljin, singing well known opera arias.  We leave it up to you to determine who is the professional:

One more that we thought terrific.
Some Paganini, with hula hoops, and the crowd goes wild!:

WATOP
The We Are Top channel on Ub2b is a continual source of information and amusement for Joe and me.
More evidence that Nature© (Mother or otherwise) is NOT our friend.  Life is an uncontrollable force, constantly morphing and mutating, to who knows what end.  There is a website called “Animal Genome Size Database” that documents the size of genomes for animal species/sub-species.
Surprise, surprise!
The human genome is NOT the longest.
That title goes to the marbled lungfish (aka Protopterus Aethiopicus).
Nor does a lengthy genome indicate a complex life form or an intelligent life form or an ancient life form.
Life is strange.
WATOP shows some of the strange in the following presentation of “Adorable Animals That Are Actually Deadly”:

Driveshaft Technology
The driveshaft is an oft overlooked technical marvel.
There are inherent problems in changing the direction of a drive shaft output.
Joe likes how simple this demonstration is, and how well it highlights a major problem:

The CV joint was invented to correct the basic problem of coupling two shafts not in alignment.  the input shaft may spin at a constant velocity, but as the angle between the two shafts increases from zero, the output shaft speeds and slows with every revolution.
This will cause vibration, heat, and premature wear.
There is a technological improvement to the U-joint or CV joint.  It is called the Thompson Constant Velocity Joint.
Amazing what brains can do:

Dr. Eric Berg
Joe and I listen to both Dr. Robert Cywes and Dr. Eric Berg when they talk about “carbohydrate addiction”.
Joe’s and my childhood was filled with carbohydrates and sugar products.  We liked to eat Bee Hive Corn Syrup with a spoon……  Donuts, cakes, pies, bread, pasta, cookies…..  Man, we were hooked.
Here is Dr. Berg discussing the mechanisms of carb addiction in 2019: