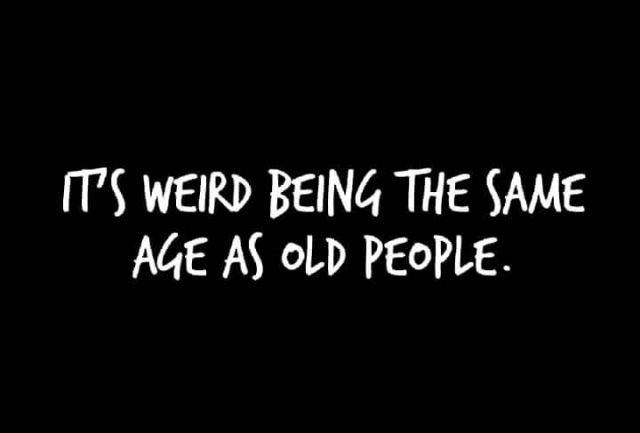 Joe’s Comment – Another year around the Sun.  Never thought I’d last so long.
Kinda getting used to being here.  Let’s see what another year brings!  I’ll have to settle down one of these days…..

QDMcD
Back on track with Quick Dick McDick, Saskatchewan’s greatest ambassador.
As you can see, the nanny’s at Ub2b have stuck their proboscus where it isn’t welcome.  Just click on the link in the link.
High time to suggest to QD that he move to Rumble, BitChute, Vimeo, AIR – anyplace but the place that won the game:

COVID Guideline Summary
This is the best, most concise summary of what you can and cannot do during this pandemic of almost insignificant magnitude:

Intellectual Froglegs
Joe Dan Gorman is a Chuck Berry (playing guitar like ringing a bell).
The latest installment called “DC Versus America”.
Sourced from anywhere but Ub2b.
About time!:

The GTO Story
Joe and I are not known for our love of General Motors products.
Maybe it’s the history of things, way back in the early 1900’s.
That old kak William Crapo Durant doing the money thing – his passion was $$$.
The Dodge brothers and Henry doing the gear-head thing – their passion was machinery.
Me no know.
Joe too.
However, we took on a project for friend Doug J. almost a year ago, a GM marque of excellence, a 1971 GTO convertible.
It started with can you get the top and the windows to work?
Even with a steady flow of cold beer, that task was only a couple of hours to complete.
Some days later, and some beers down, we (mostly Joe) made an agreement to wire the car.  That is, get the fuse panel working, the instrument cluster working, the lights and horn and signals working.
Me big chief electronics dude!
No problem……
Except it was a problem, a big problem.
The car hadn’t been licensed for about 20 years.
Some crack heads put it together.
Someone (no one is volunteering names) ran the transmission cooling lines from the transmission RIGHT THROUGH THE PASSENGER SIDE COIL SPRINGS!!! en-route to the radiator.
Trez chic!
The brake pedal swing arm had a rusty old bolt as a pivot, no nut, no fit, no good.
The steering column must be dropped or removed to get the dash out.  We bitched a fit (our forte – if we have one – is working on Ford junk), dropped the steering column, and discovered that we had been driving it around the yard WITH THE STEERING SHAFT NOT CONNECTED TO THE INTERMEDIATE SHAFT!!!  Bongo-bongo.  Or is that bong.oh!bong.oh!
Days later, totally frustrated with tracing wires and checking connectors, and reading GTO/Tempest/LeMans circuit diagrams, we hadn’t got a damn thing on the dash to work!
After a whole bunch more hours, in frustration, Joe pulled the dash board out of the car.  It was the only way to remove the instrument cluster!!!!
Quackydoodle…….
The connector to the instrument cluster printed circuit was corroded.  There were no light bulbs in the dash at all.
THERE WAS NO GROUND OR GROUND WIRE TO THE INSTRUMENT CLUSTER!!!
The heater control was pooched, and the heater blower motor is hidden up against the firewall on the passenger side fender just where you can’t get to it from here – you must take the fender inner liner off to change the motor!!! (I don’t think three exclamation points are enough to convey our exasperation, but Joe says I’m a drama queen).  There was no diverter from the heater box to the defroster outlets.  Two out of three heater cables were kaput.
The fuse panel was corroded too.
The horn didn’t get here from anywhere.
The list was long and never ending.
Every time Joe thought he had a problem licked, an issue resolved, another problem or issue would kick him in the balls.  Very hard.
Many sore balls ensued.
Two final events showed Joe and me who was boss.
One sunny day, there was a very loud bang! heard throughout the neighborhood.  Several neighbors called, several came to the house, all thought something had happened to end our sweet sojourn on the blue planet, third from the sun.  Joe and I swore we didn’t know anything (we were in the house).  We came outside and looked around – didn’t notice a damn thing.  A few whiles later (thank you Donald!) neighbor Nancy and I were exchanging greetings when we noticed that the front right side of the GTO was a lot lower than the left.  On inspection, a 10 square inch chunk of the front right tire sidewall and tread was missing – it blew out so hard it bent the fender.  Joe never did find the chunk of missing tire.  We thought it prudent to check the other tires.  The average pressure was 70 psi.  Some fun Bambi!  We couldn’t blame it on the Bossa Nova – must have been the crack heads:

The final humiliation was Joe let me drive the riding mower.  Right into the passenger door of this ride from Hell.  Dana M. owns the car with Doug J.  Dana calls her “Scarlett”.  How appropriate.
We should have listened to Scott M. – he insists the car is evil and haunted.
Enough bitching.
Here’s a picture or two of the 8 month ordeal.
This is what we saw after wrestling the dash out – 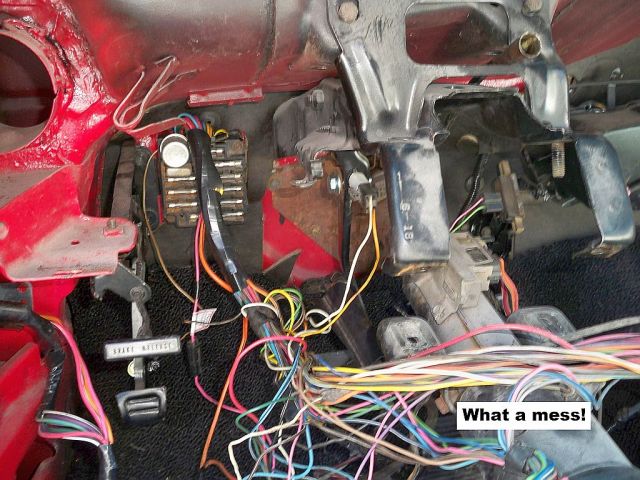 This is months later (about 7 months later), all organized, all identified, ready for the dash to be installed – 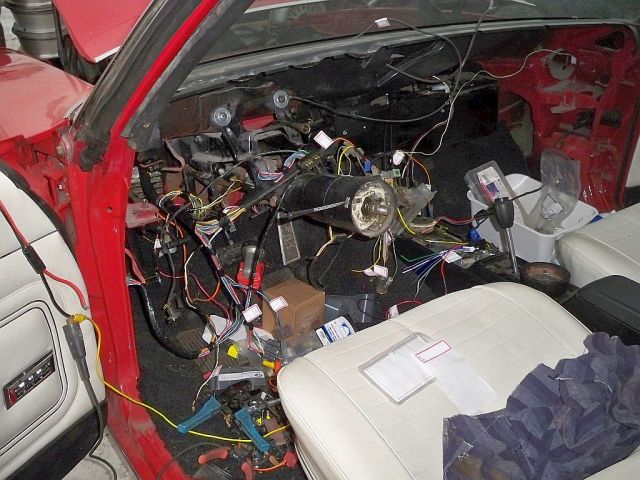 This is one happy Joe Mekanic.  Just before installing the dash (in and out 4 times).  Joe kept asking why oh why would they ever build anything like this?
There were no reasonable explanations at hand.
Joe ponders….. was crack cocaine invented by GM? – 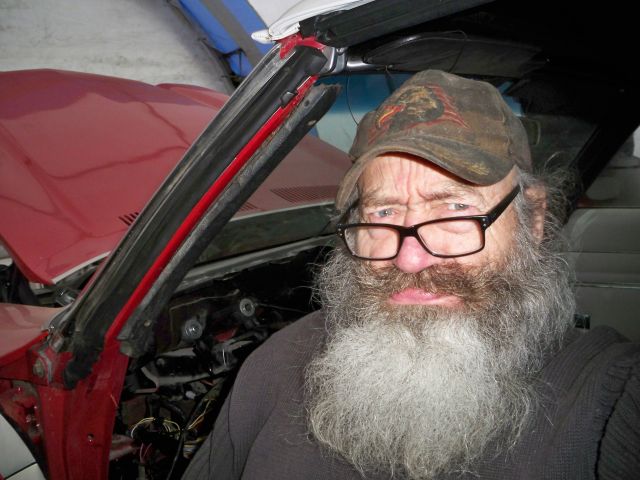 A picture of the dash in place the last time Joe will be installing it.  Burning bamboo splints under the fingernails would be preferable to dancing with Scarlett again – 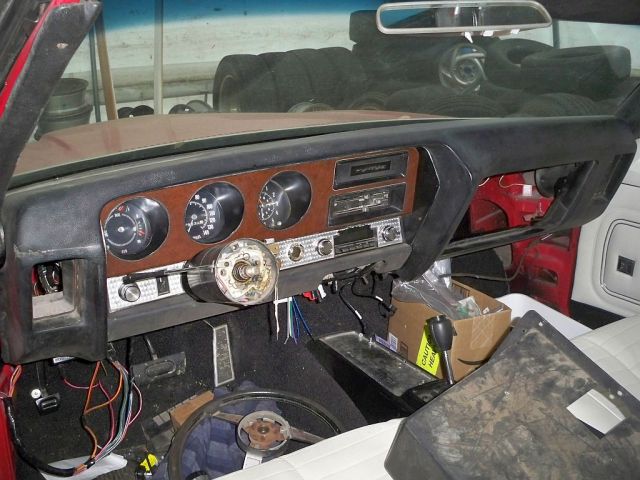 Scarlett showing her best side.  Joe cried when she left.
Like that happened.
Joe drank a few beers and swore to make no deal ever again while drinking.
Like that will happen – 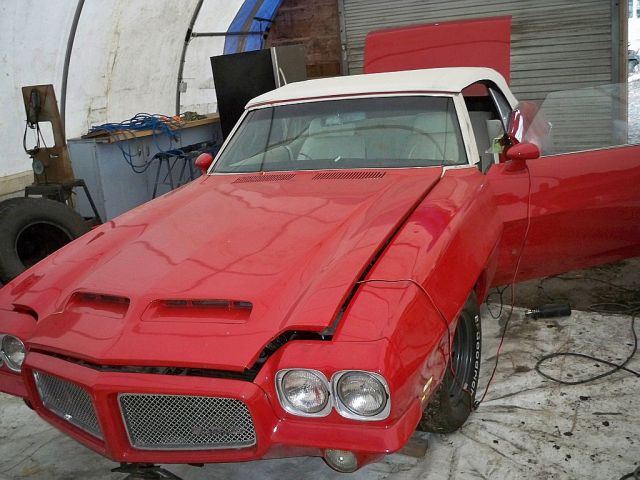 All in all, a regrettable experience.  Joe says we learned way too much about something that should never have been.  Time lost.
The best part (besides saying adios?) was the next vehicle in Brian’s Big Tent was our $20.00 CDN 1989 F150 4X4 e/w 351W and C6, getting a fresh oil filter and oil change.  We won her at Dodd’s Auction!
Now that put a smile on old Joe’s mug!

Trick Driving
Joe and I hate Hollywood “action” movies as a genre.
Steve McQueen did the penultimate car chase.
Period.
Hollywood keeps trying.
Here are a couple that Hollywood couldn’t orchestrate in a 1000 years –