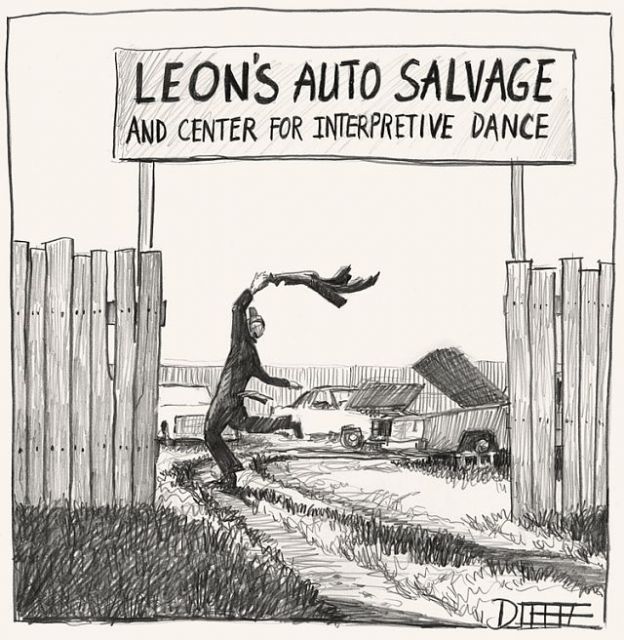 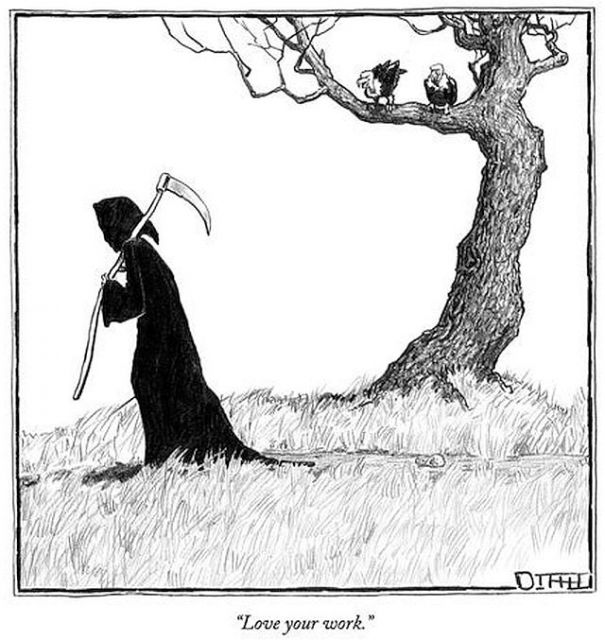 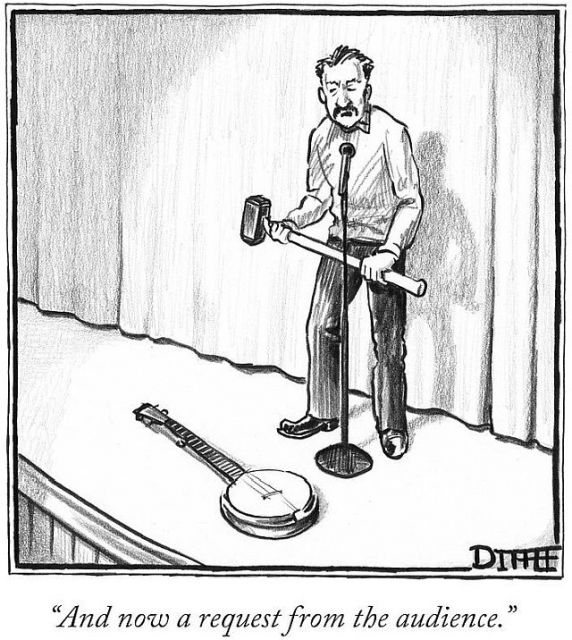 Joe’s Comment – Perspective is as essential as attitude.  Mathew Diffee captures three different but similar perspectives on perspective.  Reflecting on how I spend my time and what tangible results are evident i.e. results per hour or attitude per task or explanation required to normalize feelings, I’d say I have some ‘splainin’ to do.
But, it’s getting late (at night, in life, for reckoning, to seek redemption).
I offer a song in lieu of clarity – the mud pecker anthem – Everyday People:

Famous Cover Songs
Joe and I fell into a trap many many years ago.
The trap of bonding a memory with an emotion: we shall explain.
We couldn’t afford to buy the actual artist’s recordings, so we bought (when we could) albums of cover songs.
We had a recording of “Charlie Brown” that was included in a cover album.
Time and emotion bound that version to us; we liked it, yes sir, we did.
When we finally heard “Charlie Brown” by The Coasters, we didn’t like it, no sir.
In our primitive very selective Sheldon-esque mindset, (The Big Bang Theory reference) the music wasn’t right with the emotion.  We vote NO! for change.
We were much simpler then, a child, with a childish petulance for having it our way.  Kinda Frank Sinatra, but not.
Here are 10 “Classic Recordings” Joe and I know from that time long ago.
Chagrin!
How “Baby Boomer” of us.
We thought we were listening to the rock original artists:

Of course, the deviousness never ends.  Much to our surprise, there are more than the 20 included above.
For prurient interest, here are some more.
You will want to hear because many of these songs will trigger a fond memory, even if it isn’t sung just the way you like it:

And last, but no where the end of the list, here’s another bunch.
Joe and I were only able to guess a handful of the original artists, but we loved hearing again some of these songs from that great archive in the cloud.
Some of them we didn’t know, and that too is just dandy with us:

Corona Virus Highlights
Dr. Shawn Baker has coined a phrase “homo petrificus”, the petrified human.
As in fear of other humans infecting you with pestilence:

Dr. Baker continues to emphatically state that it is OK to be wrong, but it is NOT ACCEPTABLE to be stupid:

A final rant from Dr. Baker.  His weird idea appeals to Joe and me.
He says people should maybe, just maybe, get their body and immune system in the best shape possible to fight disease.
What a novel idea:

From the website “EatGruelDog” a reflection on the mask farce.
The piece is called “Masking the Science“.
This is a worthwhile read, for it encompasses much more than the scientific facts regarding type of mask and targeted pestilence.
A quote from the article –
“…… In truth, we wish masks worked. If they did, it would be a cheap, and easy way to control the spread of Covid. The idea that they protect not only their wearer, but also those people around them seems noble. We wished masks worked because citizens are spending billions of dollars on them.

Joe and I have experience with wearing a mask.
Our experience is that cheap light weight over-the-ear paper types are less than useless, and can cause discomfort, infection, upper respiratory complications if worn too long or too often.
Needless to say, our refusal to wear such a garment / accessory / safety item to reduce the spread of a virus causes friction in some situations.
The ad absurdum insistence that by wearing a mask the “curve will flatten” or you will become less contagious or you will prohibit contagions is ludicrous.

Starship SN9
The Space X folks are proceeding with testing.  A spectacular crash and explosion on the landing pad when something goes catawampus.
Joe says they will learn more from the crash data than they would have if the landing had been successful:

Edelbrock
The Edelbrock performance company has been producing performance parts for vehicles in Torrence CA since 1938.
That’s 11 years before Joe and I were born.
Vic Edelbrock Jr. was a hot rod enthusiast.  His self-made performance parts for his ’32 Ford (back in the ’30’s) were so successful, he started a company still well respected in the vehicle performance industry.
The company is no longer owned by Mr. Edelbrock.
The current owners have filed with the California Employment Development Department to notify the closure of the Torrence head office.
The filing identifies the loss of 270 jobs, 217 hourly workers, and 53 salaried employees.
Joe and I have used Edelbrock intake manifolds in the past.  We have one for a Ford 351 Windsor engine in the shop, waiting for a future build.
Edelbrock still produces many parts for the flathead Ford engine, the engine that started the business 82 years ago.  Here are some of the parts listed at Summit Racing.  We are saving our beer bottle money to buy some for our flathead engines (we have 4).
We think this may have to do with the sinking ship called California.
Edelbrock has a Ub2b channel here.
Here are three bone heads talking about the news.  They don’t seem to have a clue, other than the inventory from Torrence left for Olive Branch Mississippi before Christmas 2020: