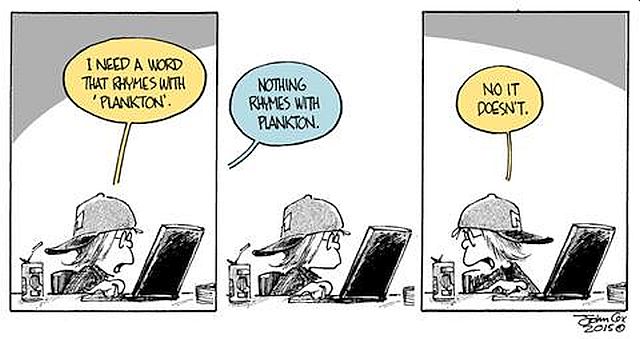 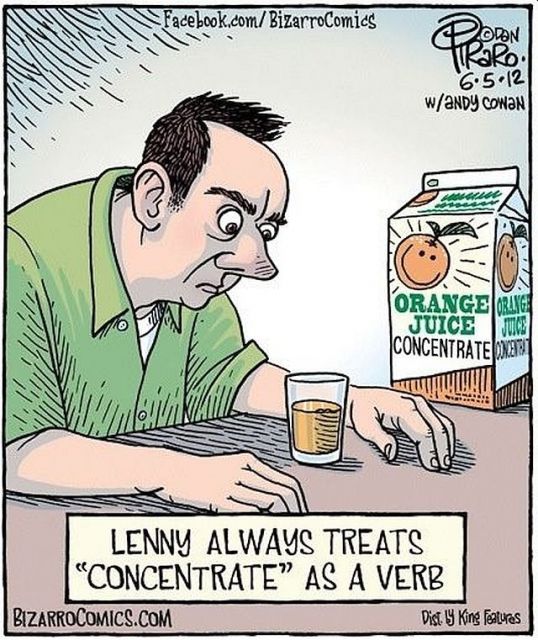 Joe’s Comment – One of my life-long learning quests is to be a better wordsmith.
English is complicated.  English has round heels, weak knees, and no conscience – English will kidnap any word it finds useful from any language, and own it completely.  Often, a word will have multiple meanings, each meaning totally disparate to the others, such as the Calvin (Bill Watterson) cartoon.  Then comes phrasing and organizing sentence structure, as in the John Cox cartoon above.  Don’t forget the parts of a sentence, a la Dan Piraro’s Lenny.
All this is hilarious, and quick witted repartee abounds.
But damn, it sure is hard to make your point precisely….. so readers get your drift.
That includes me, reading what I write.

Corona Virus Source
A Chinese scientist claims to have evidence of the CCP (Chinese Communist Party) complicity in creating COVID-19.
Dr. Li-Meng Yan is a very very brave person.
Joe says she is risking her life to warn the world of the dark heart of the CCP.
She says the virus was created intentionally and released intentionally.
doG keep her safe, and help us prove her story:

Mask Wearing Redux
Last rant Joe and I blathered about our reluctance to wear a mask, and the general uselessness of cloth or paper masks to stop a virus; either entering (inhale) or exiting (exhale) through the mask fibers.
Most paper masks will saturate with respiratory droplets (typically 5 – 10 um long), each droplet potentially capable of containing up to 1000 viruses and more.
An interesting bit of information at News: Medical Life Sciences website.
From the linked article, here is a graphic depiction of how tiny even a “giant” virus is – 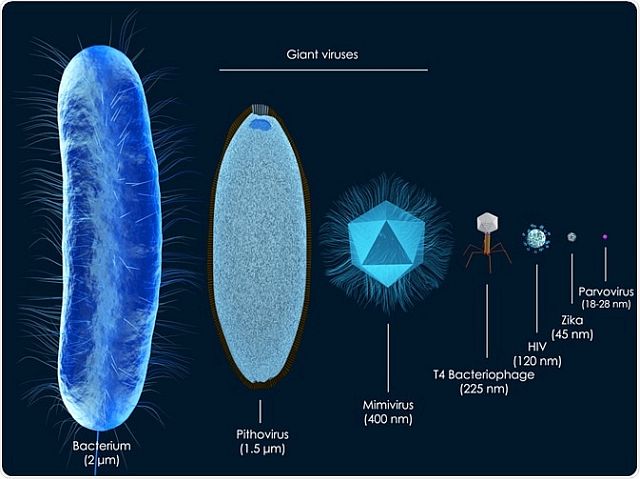 A COVID (SARS) virus is about 60 nm (nano meters, or billionth of a meter), half the size of the HIV virus.
How about a smoke particle?
The fires raging on the west coast of North America have caused smoke interference with health and weather for thousands of square miles, and millions of people.
The smoke is composed of many chemical compounds, but the particulates are typically in the 2.5 um (micro meter, or millionth of a meter) range.
Joe asks people wearing masks if they can smell the smoke (lots of forest fire smoke the last few weeks).
They say yes.
Joe then says, well, the smoke particles are 100 times larger than the COVID virus (a slight exaggeration to make a point – that’s called “hyperbole”).
Some folks get angry.
Some folks look like their thinking program just crashed.
Others refuse to listen, saying “stay well” or “be careful”.
A few say no shit?
In honor of Joe, I present a few morsels for your thought nutrition – 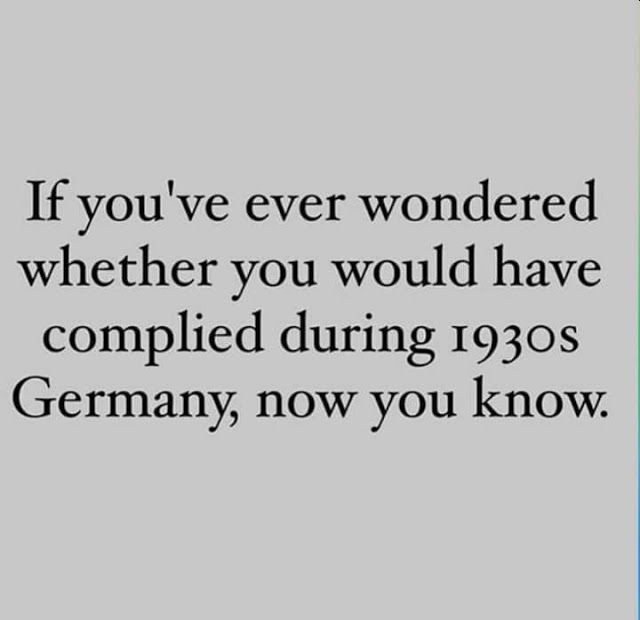 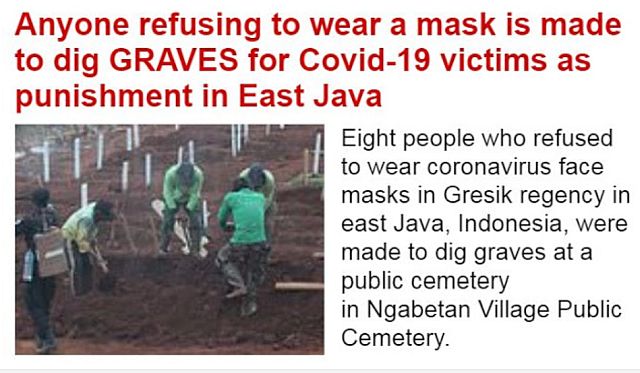 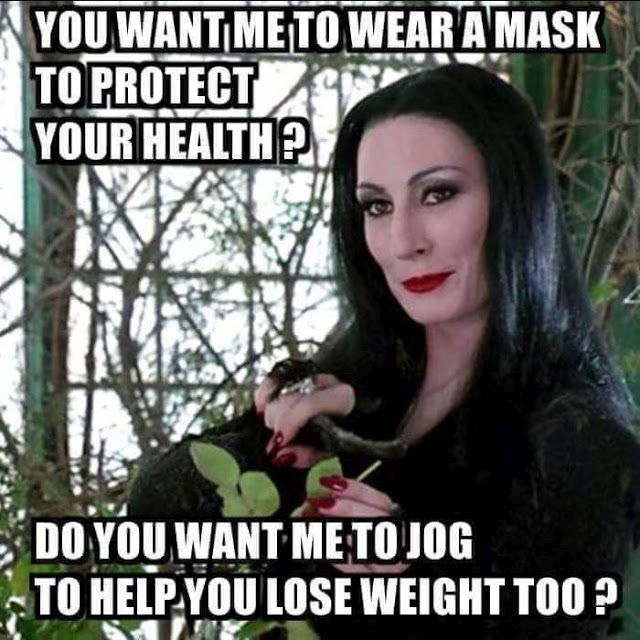 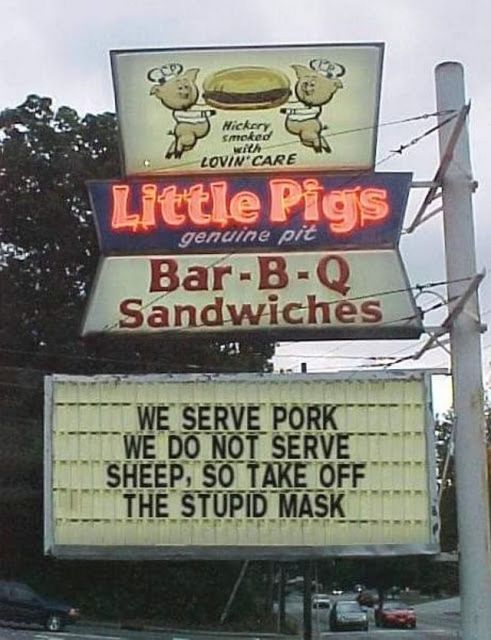 And here is one that says it all – 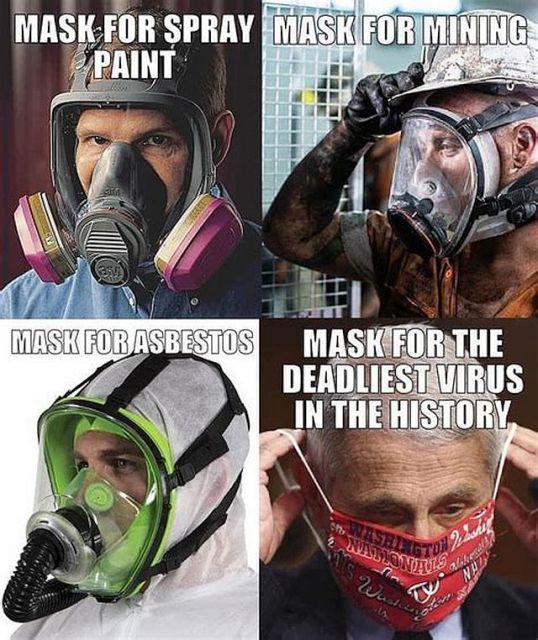 Critical Race Theory
Joe and I never cease to be gobsmacked by political buffoonery.
Critical Race Theory is just another of a seemingly infinite number of  ridiculous progressive leftist attempts to implant post modernist concepts in our daily lives.
This never ending demand for “equality of outcome” vs “equality of opportunity” is grating on our collective ear (there are 37 known people in our head).
Who wins the persecuted minority sweepstakes?
In a country whose constitution guarantees all citizens equal rights, we’d say no one wins.
The biggest elephant in the room is the inequality of intelligence – proof that “equal outcome” is an impossibility, and a foolish objective.
Joe says it is another Ron White “you can’t fix stupid” moment that appeals to the emotions.
However, equal opportunity is a possibility, and a worthwhile objective:

RNC Speech
Listen carefully to Maximo Alvarez, not because his English is difficult to follow.
Listen carefully to his family knowledge; his father fled tyranny twice: first from Spain, then from Cuba.
He knows his subject matter.
There are many stories like this in the West.
Here, for example, is a list of defectors from eastern Europe to the West, post World War II and during the Cold War.
Are there any like this in China or North Korea or Iran or most of Africa?
The degree of “freedom” and “liberty” we Westerners have is subject to much heated debate.
The ideological quest for liberty and freedom is a sacred human right, beyond debate.
Take it from a very emotional and passionate Maximo:

Quick Dick McDick
Our Saskatchewan hero and spokesman for mud peckers everywhere has a few harsh words for Little Gay (aka Chief Rainbow Socks) and his new finance ministerette, Chrystia Freeland.
We agree with Quick, re-starting the Canadian economy on the basis of “green energy” is just about the dumbest idea since forever.
However, the all time dumbest idea since forever is voting for the Liberal party, the NDP party, the “Green” party….. what a SNAFU!
Keep on making sense, Quick Dick.
We don’t know much about the fantasy Canada some folks live in, and the fantasy Canada some folks dream about and are proposing, but from what we do know our “fight or flight” antennae are tingling, and all the “danger Will Robinson!” meters are in the red.
The inmates are running the asylum:

Goodwood Fun
There is a racetrack in England called Goodwood, near Chichester, West Sussex.
They have a number of events every year, but the best is the Goodwood Revival series.
Vintage racing vehicles duke it out – it is a vintage free for all.
Joe especially likes the “David and Goliath” races, where the English color commentators are pissing their panties at the “huge” American cars competing with European cars of smaller dimension, much smaller horse power, but more nimble in cornering.
Here is Bill Shepard in a practice lap driving his ’63 Ford Galaxie, e/w 427 cubic inch V8, sliding around Goodwood, in preparation for a Revival event.
Joe contends this is more fun than watching from the grandstand – the vintage FE engine is producing enough power to spin the drive wheels pretty much at will.
This is from September of 2015:

Dr. Ken Berry
Joe and I love Dr. Berry’s lists of diet do’s and diet don’t s.
We are now down 70 pounds from our all time high weight in 2018.
We are within 15 pounds of our high school graduation weight.
How did we do it?
By listening to people who are actually spreading truths about how our body metabolizes food instead of listening to government agencies and corporate shills about what we need to eat, or must eat.
Joe and I used to damn near live on fruit during the Okanagan harvest times.
Did you know there is more sugar in an apple than a bowl of ice cream?
Alas, here are the facts about fruit and fructose:

Ditto for the butter vs margarine argument: