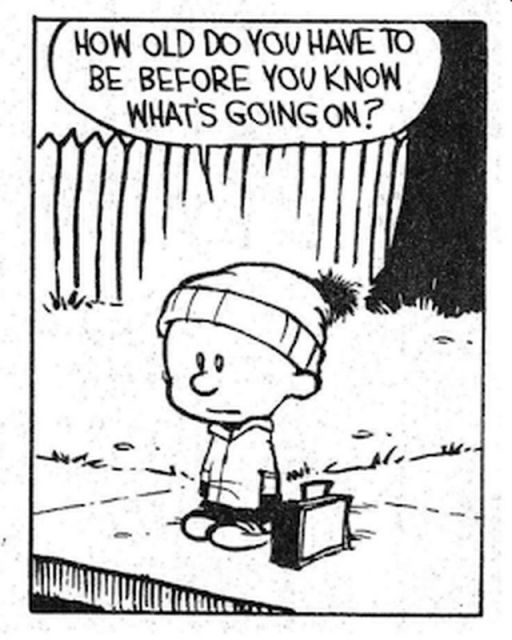 Joe’s Comment – I am simpatico with Calvin.  The events unfolding convince me that the lunatics are definitely trying to grasp the controls and run the world.
My chagrin overwhelms me: were I young again who knows what I’d do?
Not being young, my response is more like this – 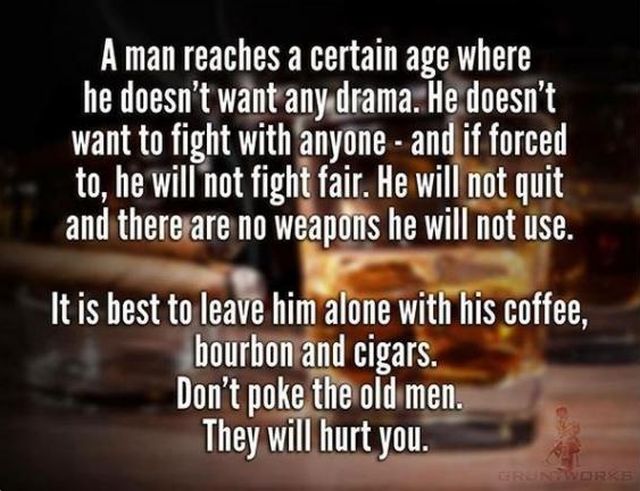 I think I’m not alone in this sentiment, although I’ll pass on the coffee, bourbon and cigars.
I’d much rather have a rib eye steak, rare, a cup of tea with heavy cream, and a shot of Dark Horse rye whiskey.
So far, so good in Vernon BC – the activists haven’t noticed our slice of Heaven.
Order vs Chaos, playing in a city near you soon?

Quick Dick McDick
Joe and I are pro Canadian commerce.
We live in Canada.
Ergo, we try to shop in Canada.
Additionally, we are boycotting Chinese manufactured items as much as possible.
Our fearless and retarded industry and political leaders have sold the farm for filthy lucre.
This rant is officially pro-Canada goods and services.
Joe says this ain’t rocket science, and all y’all should do the same in whatever country you call your own:

Vera Lynn
Joe and I were sad to learn Ms. Vera Lynn has died.
She was 103 years of age.
The voice of Britain during the Blitz.
If there was a “theme song” for the Blitz, it was Vera Lynn singing “A Nightingale Sang in Berkeley Square”:

If you haven’t heard her sing “We’ll Meet Again” here’s your chance:

From the New York Times article (which we cannot view),  Peter at Bayou Resistance Man extracted a few quotes and expressed his condolences in memorandum.
Joe and I remember this music from our youth.
Always brings tears.
Perhaps we too will meet, again.
R.I.P.

An Observation of Current Culture
Joe and I have been abusing our poor little pea brain with questions that are seemingly unanswerable.
Why unanswerable?
The facts around us suggest that were there an answer it would already be implemented successfully.
Questions such as what are the “rights” of the poor, the mentally deficient, the physically unable?
If there are “rights” for these and other identifiable disadvantaged groups, who or what is responsible to guarantee these “rights” are realized?
Are “freedom” and “liberty” a theory, a principle, a law?
Or are they an ideology of myth, of vision, of belief?
Perhaps they are all of these and none…..
The Comanche Indians are known to have settled “no solution” conflicts between individuals by binding their left arms together, arming them with knives, then accepting the survivor if indeed there be one.
Is this the “no solution” solution being sought in many cities across the West?
Here are our thoughts on the dilemma, framed by two quotes – 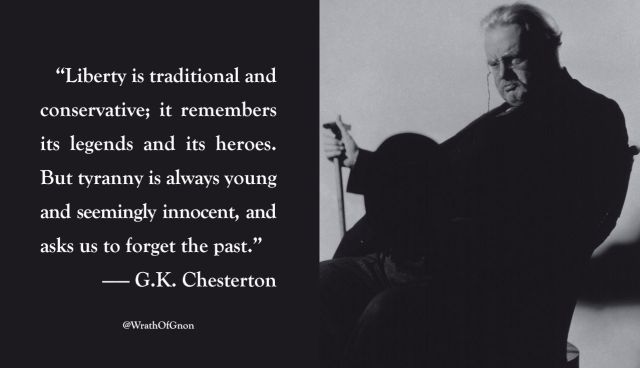 All successful civilizations must heed the above sentiments.
A stable and long lived civilization should be a product of extrapolating the best practices and processes of the past and modifying and / or improving as necessary to meet present requirements.
To do otherwise is to deny that the past has created the present.
Burning the world to the ground is NOT AN OPTION.
It has been tried and found lacking…..
Joe and I consider the current civil unrest around the world as the death throes of the last dragons of tyranny, the ogres of oppression – the last bastions where subjugating individual freedom and property rights and wealth creation to the state is still in practice.
It is a “hail Mary” pass using the young, ignorant of history and emotionally inflamed, as it’s operands.  Joe says it shouldn’t be news to all y’all that these are not the intellectual cream of the crop.  You might even call them mentally challenged.  Or idiots.
This is not ancient methodology – even the young caught up in this maelstrom are old enough have been alive when similar misguided endeavors were defeated.
Unfortunately, studying history is probably NOT on their “top 10” list of pastimes.
A refresher on basic philosophy regarding cultural interaction from Jordan Peterson:

More commentary from Stefan Molyneux, who Joe and I go to frequently for his perspective and excellent research.  He calls this “Life in Tofudishu!  The Latest News from CHAZ!”.  Mr. Molyneux does not fear the elephant herd in the room.  Indeed, he talks about each and every one of them right to their faces:

Blue Collar Logic
Joe and I were flabbergasted to learn contributions to BLM (Black Lives Matter) are funneled in part by the Democrat Party!!!
NOT!
It is not flabbergasting in the least.
HL Mencken has never been more appropriate.

Here’s Jason Siler of Blue Collar Logic to do some ‘splainin’:

Candace Owens
Joe and I are fans.
Her video re: the martyring of George Floyd (embedded in Sunday Rant – 2320) went viral.  The “Black Community” objected.  That is, the “Black Community” of the progressive Left / BLM / Democrat Plantation Inc. / celebrity mindless shills.
In this video Candace doubles down:

Joe and I say this about this and that…..
Stereotypes are not pulled out of the air (or out of the closest “racist” ass).
There is no escaping the “problem” of general intelligence / IQ.
There is no escaping the “tragedy” of human nature.
There is no escaping the impossibility of “equality”.
Joe and I know “black people” (WTFDTM?) only by books we read, videos we watch, and news we hear, “fake” and otherwise (how can you tell?).
We saw a black man and white woman shopping at the Superstore last year.
It took all our conscious control to stop ourselves from rushing over to them and prostrating ourselves at his feet begging forgiveness for the horrible transgressions that we had committed, albeit unknowingly, because of our mortal sin of being white.
If you believe any tiny portion of the last sentence, give your head a shake.
Maybe shake it once more.
Let us, us being Joe and I and the 35 other various and sundry “personalities” that make up ourself, be perfectly clear – or a reasonable facsimile of clear when we say the following – we judge people on their kindness and sociability first, their “goodness”, their actions, their intentions (stated and acted) and their “Weltanschauung“.
Yes, we said it, we judge people!
And if we are anything, we are IQ-ists.
That is, we are prejudiced against low IQ people.
Can’t help it.
Don’t want to be one.
Avoid them whenever we can.
Tend to treat dummies as a minority class.
To top it off, we think we are so damn smart that every time we find out we are not so damn smart it hurts!
Go figure.
Skin color?
Not important.

TimeGhost History
Here is the third part of the “History of Pandemics” produced by TGH.
The first two parts were in Sunday Rant – 2420.
It will not surprise anyone that it has taken many lives and many centuries to get the limited knowledge we have about disease and illness.
Joe says it is going to be many more lives and many more centuries before it is a fait accompli:

Early Earth
A TED talk questioning the theory of life auto-generating in the sea over 3 billion years ago.
That’s a lot of R&D to get to the human being.
This young confident slender (and svelt too, says Joe) woman, Tara Djokic, does a grand job of presenting her case up until she links CO2 with global warming as causal.
It ain’t causal.
It may be confluence.
It may be correlation.
Either or no, interesting theory of how maybe possibly a chance or not, how we humans got here: