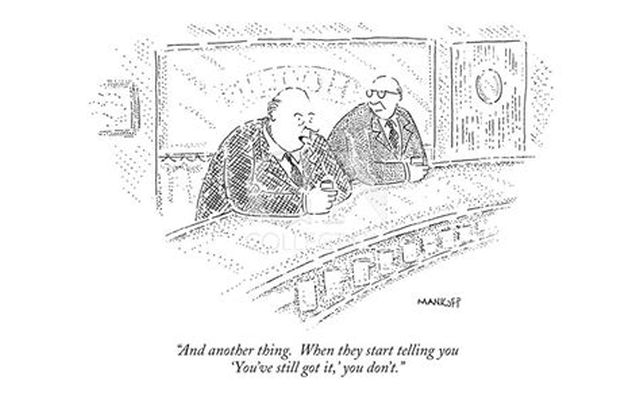 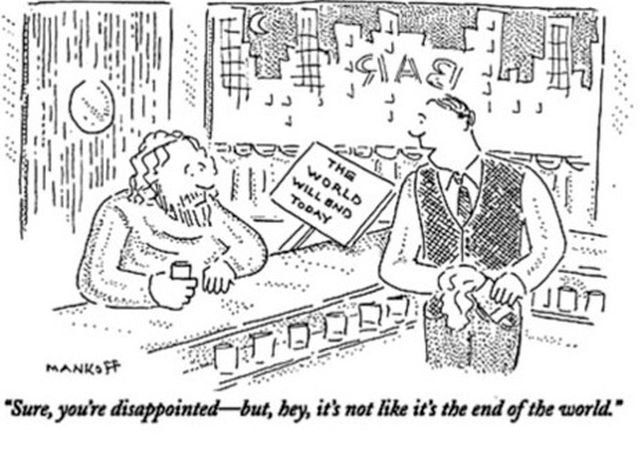 Joe’s Comment – Two beauties from Robert Mankoff to bookend my week.  Working long hours every day makes me realize that whatever I had seems to be reluctant to reemerge.  In the long ago times a 12 or even 14 hour day was un morceau de gatêau.
Now a 10 hour day bakes me, not the cake.
It is disappointing, but not without reason.
And it certainly ain’t the end of my world.
I’ll keep at it for a few more whiles (thank you Donald, for the coinage) and see if it once more becomes a breeze…..
One positive note: No matter how tired and crippled I get, lots of stuff is getting planned, many things are getting started, and a few (very few) things are actually getting done!
Who woulda thought.

Coronavirus Oddities and Tid-bits
Joe and I are perplexed that the sheeple AND the people are becoming more agitated and unsure as time goes by about the dreaded pirate Wuhoo Flu.
Here and there, now and then, evidence emerges that things aren’t so dire as once thought.
Another vector, another cache, another file folder, continues to accumulate data that contradicts the main stream hysteria.
The following speech from Dr. Ivette Lozano opened our eyes wide.
Like the two California doctors (Dr. Dan Erickson and Dr. Artin Massihi, whose YoubeTube video has mysteriously disappeared), Dr. Lozano’s first hand evidence and results working with COVID-19 patients do not conform to the official narrative.
Watch it now, because almost guaranteed it will disappear as soon as the autocrats and overseers and censors catch wind of this now viral exposé of the status quo:

Also of interest is this discussion about COVID-19 between Dave Rubin and Mike Rowe.
The discussion is posted as three segments.
The first is called “Exposing How Putting Safety First Could Be a Mistake”.
Very pertinent ideas about “safety” vs living life.:

In segment two, Mr. Rowe touches a nerve with Joe and I.
We also believe all work is “essential”, therefore all workers are “essential workers”.
Mr. Rowe predicts this poor choice of descriptors will haunt future cultural and political discourse:

The third tackles a thorny subject – “How COVID Has Revealed What College Really Is”.
Perhaps the CCP virus will have some positive impact on the education system’s full Nelson hold on post secondary learning:

In typical Dave Rubin fashion, the entire discussion is released a few days later for the non-paying public:

Conspiracy or Q Anon?
Joe and I are torn on the ideology of Globalism.
How could it be possible to have a governance that spans the entire globe when it is literally impossible to govern a large city?
How many languages are spoken in the world today?  According to the website Ethnologue, that number is 7,111.   Joe says even if this number is wrong by an order of magnitude, it is STILL UNSURMOUNTABLE.  According to Ethnologue, 23 languages account for 50% of the world’s population.  Joe asks: does anyone speak all 23?  We all know damn well that person doesn’t exist, is still a fantasy, an avatar, an ideal.
How many ethnicities in the world today?  According to the website Tapatalk, and the website Infomary, there are in excess of 5,000 ethnicities.  Again, if this number is wrong by an order of magnitude, it is STILL UNSURMOUNTABLE.
The League of Nations had a Covenant.
The League of Nations did NOT have a universal declaration of human rights.
The United Nations has a Charter.
The United Nations has a Universal Declaration of Human Rights.  It is untenable.  Reading Article 1 and beyond, any informed person can name non-compliant nations.  A wonderful ideal; an impossible reality.
Herein lies the problem, the flaw, the herd of elephants in the room.
For global governance to work, to have voluntary and complicit involvement of all peoples of all nations and places, the dictates of over five thousand ethnicities speaking over seven thousand languages have to be met in part to a more than trivial generality.
Joe gives an example from the natural world.
A sparrow, a hawk, a buzzard, a pelican, a humming bird, a crow – all are birds.
That’s about all they have in common, other than laying eggs.
Joe and I side with Woodrow Wilson, POTUS, who stated in 1916 –
“My dream is that as the years go by … the world … will turn to America for those moral inspirations which lie at the basis of all freedom … [and that] all shall know that she puts human rights above all other rights, and that her flag is the flag not only of America, but humanity.”  (from SpeedySnail – “Why Was There No League of Nations Universal Declaration of Human Rights?“)
From a footnote, the above Woodrow Wilson quote is recorded by Edward H. Carr, The Twenty Years’ Crisis 1919-1939: An Introduction to the Study of International Relations, second edition (London, 1946), p. 234. Carr calls this a “vision of [U.S.] world supremacy”, but to infer a simplistic nationalism on Wilson’s part is unfair. Wilson naturally spoke (on Independence Day 1914) in American terms, but he was speaking for the world supremacy of human rights which America happened to enjoy, not for the world supremacy of America.
Joe and I agree with this clarification.
If there were to be a global governance, it had better be a continuation of and organized about the most powerful existing constitution of any nation.  Free will, liberty, private property, inalienable rights, rule of law, the intrinsic value of the individual.
The following video may smell conspiracy theory-like to some.
Joe and I love the concept of Occam’s Razor, but human relationships and politics seem overly complicated and bizarre when unraveled.
Watch and judge for yourselves:

Cartoonist o’ the Week
No secret: Joe and I admire cartoonists.
This week the cartoons of Sean Delonas.
A few of his political cartoons, with his very special artwork – 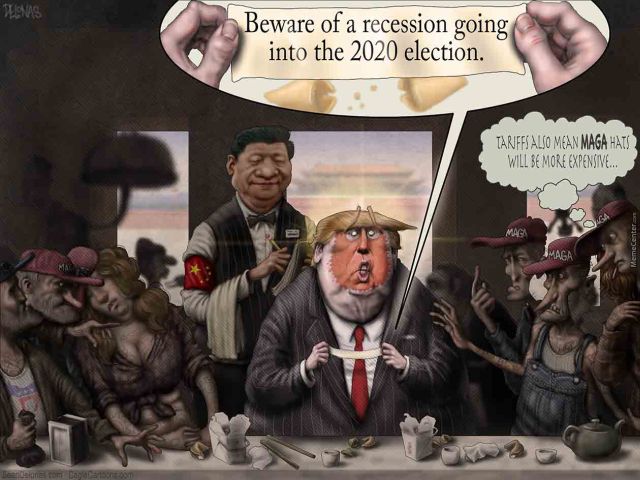 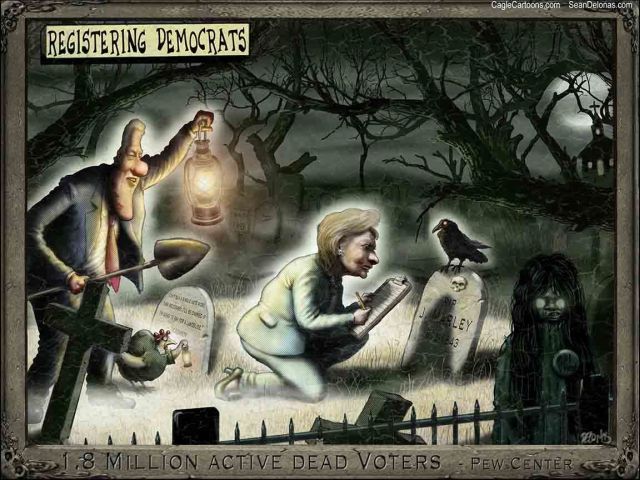 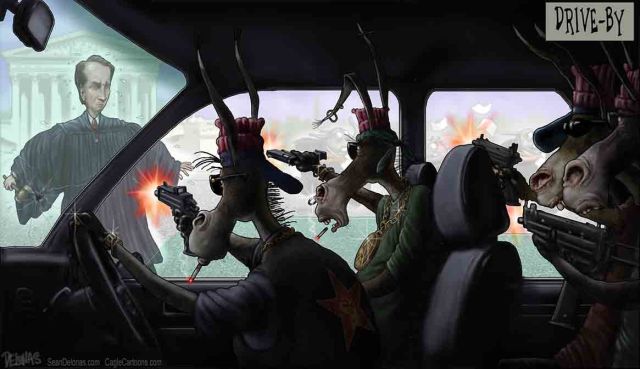 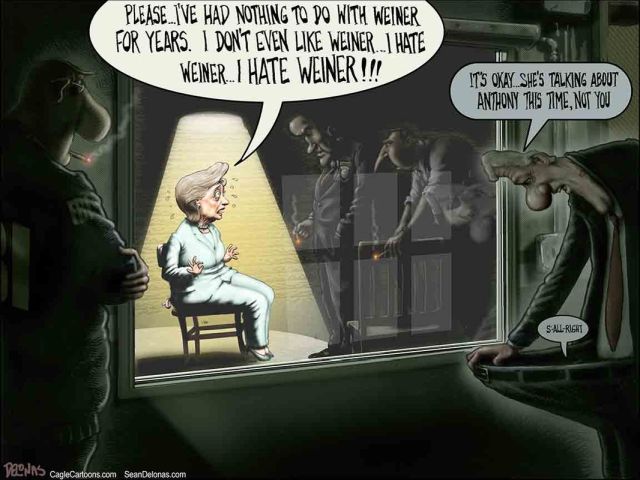 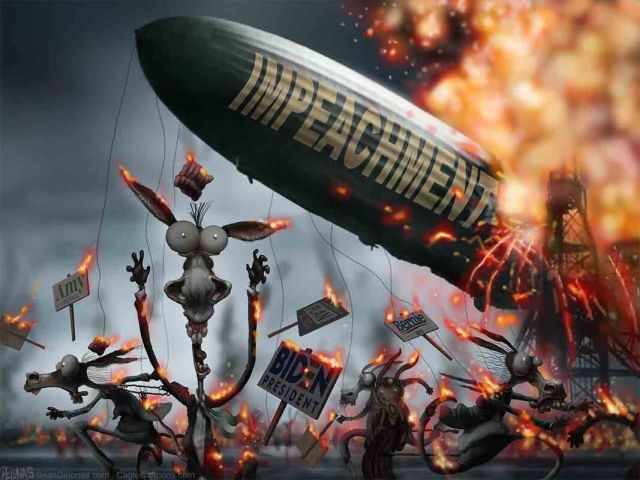 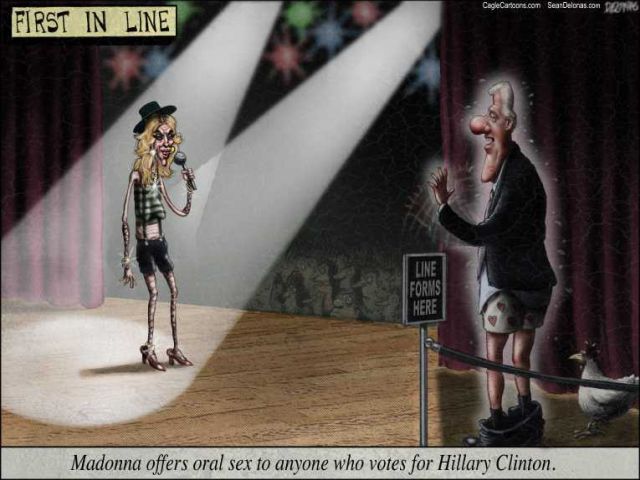 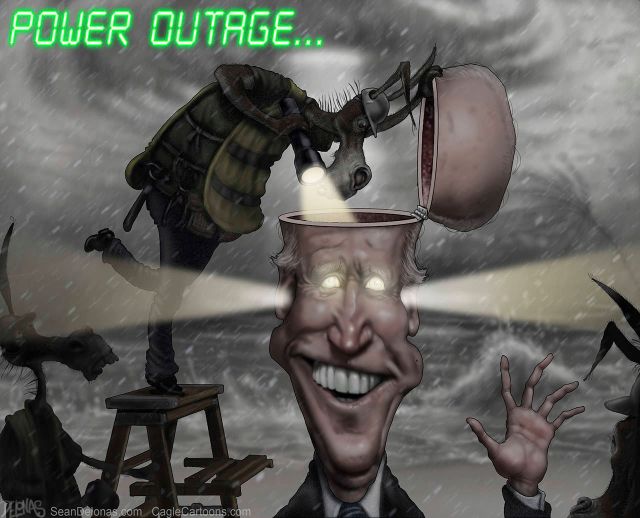 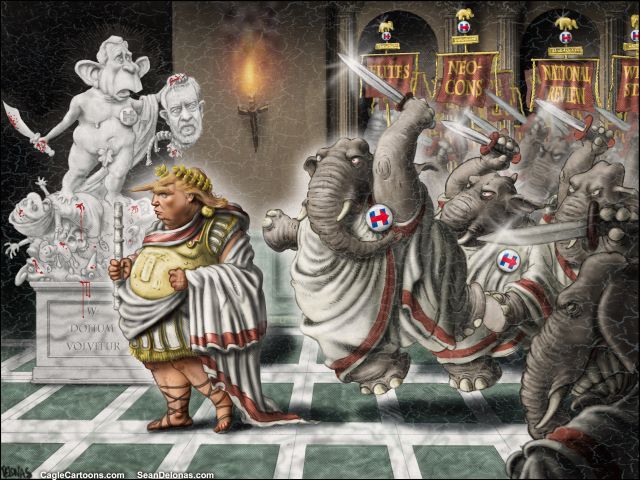 Pet Project
Joe and I have taken an extreme interest in the well-being of the very entity that is we: our meaty-puppet self.
During our foundering years while enrolling and dropping out of university (more than once), the gaggle of professionals who interviewed and coached and tested Joe and I repeatedly suggested we enter medical school.
Our standard reply was….. no thanks, who wants to hang around with sickies and deadies?
Now that we are old(er) and our cohort is self stampeding off the cliff of sickies and deadies (ain’t old age a bitch!), our selfish interest has inspired we research how to keep our antique car-cass tuned up and running smooth for as long as we can.
Our beloved grade 9 math teacher, Ms. Morrison, oft told Joe and I “David, understanding the problem is 95% of the solution.”
We have taken her sage advice to heart (doG bless her memory).
Research is a favorite activity for most of we, that is, the 37 or so souls occupying our cranial cavity.  In our earnest desire to know what specifically this body of ours requires to stay healthy, we have wandered near and far via the Internet to gain insight and information.  Every so often we revel over the occasional eureka! moment of clarity.
One of our favorite sources for essential health information put in lay terms so that we dummies can comprehend is the good doctor Robert Cywes.
In the following presentation posted in May of 2019, Dr. Cywes addresses a group of medical professionals with his uniquely delivered lecture on the evils of addiction to sugar/carbohydrates.
His claim is that obese people are addicted.
His program uses psychological techniques and practices developed for addicts to help the obese.
Here is his lecture “What does a surgeon know about psychology and addiction?”: