Joe’s Comment – Martin Heidegger was a German philosopher, known for his thoughts on existentialism.  I think that the quote above was indicative of his philosophy (more quotes).  In the tradition of “Cool Hand Luke”, what we have here is a failure to communicate.  Raw materials to finished product.  Potential vs kinetic.  Or Yogi Berra – 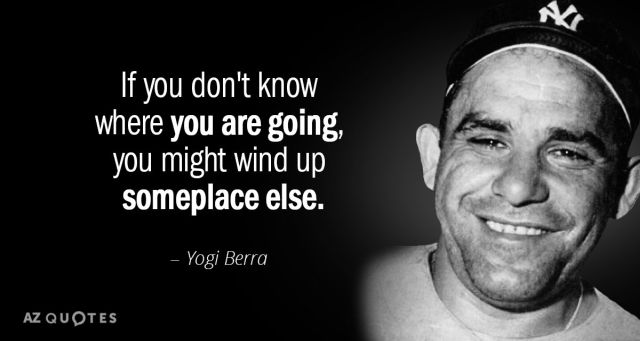 5019 – The Tidsoptimist Edition:
a. an habitually late person
b. Someone who overestimates how much time they have and is rarely on time as a result

Hong Kong
Joe and I have been using “China Uncensored” to keep abreast of developments in the Hong Kong struggle for freedom (if not independence).
Chris Chappel has the acerbic humor and keen sense of irony Joe likes when absorbing bad (or any other kind) news.
Joe ponders: if Asians test at a marginally higher IQ level on average, how come they are commie bastards politically?
When there is a popular demonstration of over 800,000 people in recent days (in a country of <7.5 million), after 6 months of protesting, yet China continues its heavy-handed control of Hong Kong (despite agreed liberties granted to Hong Kong), that is news-worthy.  But ya gotta go to another source than the “main stream media”.   One such source is here.
This is the China Uncensored video from December 13th, 2019:

In the video there is brief mention of the “Belt and Road Initiative“.
The Belt and Road Initiative is indicative of Chinese Communist Party racism.
They will not be at ease until they control the world.
What arrogance.
What brass!
Joe and I are IQ elitists.  Joe’s argument is that for every time a retard made the world a better place, a thousand brilliant people (probably more) made it a better, better place.
Let we (Joe and I) remind you that the Chinese people are under the control of the Chinese Communist Party.
But are the minds of the Chinese people under the control of the CCP?
We know what Hong Kong citizens want.
What will Hong Kong look like in 2047 when the “Hong Kong autonomy agreement” (aka “one country two systems“) expires?
Tune in next Hong Kong update.

John Stossel
Joe and I have been fans of Mr. Stossel for many years.
This video is an event sponsored by the Heartland Institute, moderated by Mr. Stossel, who also acts as “agent provocateur” by mouthing the most common arguments offered by climate alarmists.
Why would a moderator do so?
Because the distinguished panel of “climate science consensus” scientists unfortunately did not materialize.  Joe says their email responses (shown in the presentation) indicate that theirs is NOT a scientific position but IS a political stance.
The distinguished panel of “climate deniers” (not their own label) are Dr. Willie Soon, Dr. Patrick Michaels, and Dr. David Legates.
Mr. Stossel performs a yeoman task trying to encourage these knowledgeable men to share their wisdom in a manner that lay people (Joe says that’s us Dirt People®) can understand.  This presentation was given in New York City on September 23rd, 2019:

Three notes about the above:
1.  Joe and I are extremely conscious about the limitations of Wikipedia.  When the subject at hand is “politically benign” (Joe’s coinage), we often use Wikipedia as a link-source, knowing that the “open source” format (almost anyone can “contribute”) can and is abused, especially for political warfare.  Our analysis is that the Wikipedia entry for all three scientists above is tainted and biased.  Indeed, the DuckDuckGo (we no longer use Google) entries were either “pro” or “con”.  We couldn’t find neutral so we went with pro.
2.  Joe and I haven’t found a permanent replacement for YoubeTube.  With Wikipedia people can corrupt what is on line.  With YoubeTube, there are areas of human activity that are either omitted or blocked entirely from being posted to YoubeTube, and the propagators / creators of video recordings of that behavior are “banished”.  Hence, Joe and I try to include enough information about the video we are trying to link in the event that YoubeTube sends the original link into limbo.  You know what we are talking about.  It looks like this – 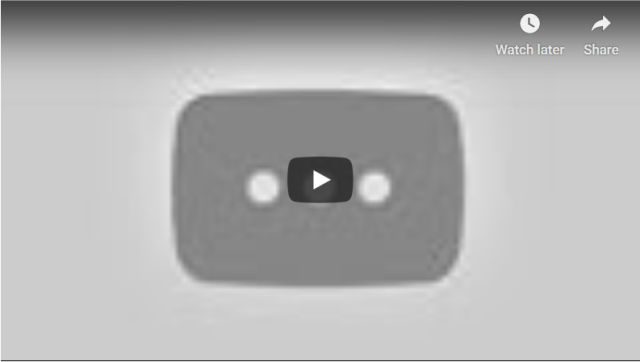 3.  Dr. Willie Soon is passionate about his craft and his calling.  Joe and I have been embedding links to his lectures in our rant for years.  In the comments below the video, there is an entry from “Kevin2742” which quotes Carl Sagan’s observation about “consensus”.  The quote is echoed by Dr. Soon in the video, and bears repeating here:
“I regard consensus science as an extremely pernicious development that ought to be stopped cold in its tracks. Historically, the claim of consensus has been the first refuge of scoundrels; it is a way to avoid debate by claiming that the matter is already settled. Whenever you hear the consensus of scientists agrees on something or other, reach for your wallet, because you’re being had.
Let’s be clear: the work of science has nothing whatever to do with consensus. Consensus is the business of politics. Science, on the contrary, requires only one investigator who happens to be right, which means that he or she has results that are verifiable by reference to the real world. In science consensus is irrelevant. What is relevant is reproducible results. The greatest scientists in history are great precisely because they broke with the consensus.
There is no such thing as consensus science. If it’s consensus, it isn’t science. If it’s science, it isn’t consensus. Period.” – Carl Sagan (more quotes here.)
Albert Einstein said it differently, more terse, with a similar meaning when he was confronted by a group of “100 scientists” who published not an argument of why his work was wrong, but a “consensus” of those who disagreed:
“Why 100 authors?  If I were wrong, then one would have been enough!” – Albert Einstein.

Kevin O’Leary
To reiterate, Joe and I don’t know Kevin O’Leary but we have the feeling that we wouldn’t see eye to eye on many subjects outside Canadian politics.
Regarding Daniela Cambone, we reserve judgement.
Joe is in love with her nose.  What a profile!
Nevertheless, I think Mr. O’Leary is going soft on Chief Rainbow Socks.  Perhaps he does have “feelings”, and thinks picking on the P.M. is child abuse.
Joe says minus 70,000 Canadian jobs in November should have been the death knell for this Liberal government.  The American economy for the same period is up 260,000+ jobs.
Mr. O’Leary’s comments in the following video (about Little Gay being called a lightweight) are spot on.
And yes, Joe and I despise that another gang of ne’er do wells will retire with lucrative pensions at the tax payers expense.  Political office SHOULDN’T BE A CAREER!!!
Our fears of life-long “bureaucrats” is even more cause for hyperventilation.
What say you to the hard-edged O’Leary observations?:

70 Ways
Joe and I stumbled into the following article via a terrific website Thomas W(h)ispered.
The article is in the Epoch Times, and lists 70 ways President Trump has changed the U.S. of A. in the last two years.  The article is here.
Joe and I read most of the article, and saw all of the headers.  All 70.
Note that this list is ancient: last updated in April of 2019.
Joe asks, how many items have been added since?
– Economy
– Tax reform
– Stock market
– Record-high oil production
– Robust jobs market
– GDP growth
– Low gas prices
– Surge in manufacturing activity
– Opportunity zones
– Rise in middle class income
– Fixing workplace skills gap
– Tax reform benefits
– 2 million Americans off food stamps
Trade
– NAFTA replacement: USMCA
– Trade war with China
– Steel and aluminum tariffs
– A new phase with Europe
-Ending TPP (Trans-Pacific Partnership)
– Deregulation
– Net neutrality rejected
– Rolling back Dodd-Frank
– Cutting red tape for infrastructure projects
– 2-for-1 deregulation plan
Veterans
– Expanded private care options for veterans
– 4300 VA employees punished
– Veterans accountability and whistleblower protection act
– Signing the forever GI bill
America
– Taking a moral stance against communism, socialism
– Promoting traditional American values
– Protecting America’s sovereignty
– Fighting the deep state
– Fighting corruption
– Fighting the leaking (national security issues)
– Defending religious freedom
– National security
– ISIS caliphate destroyed
– Improving nuclear arsonal
– Allowing military to fight back in cyberspace
– Establishing command for military operations in space
– Ending the Iran nuclear deal
Foreign policy
– Transformed relationships with Saudi Arabia
– Preventing war with North Korea
– Suspension of aid to Pakistan over aid to terror groups
– Moved US embassy to Jerusalem
– Securing release of American prisoners overseas
– Started withdrawal of troops from Syria
– Targeting corruption in Venezuela
China
– New national security strategy
– Scrutinizing Chinese investments
– Rewriting the relationship with China
– Fighting intellectual property theft
– Tariffs to penalize China
– Pressure at the WTO
– Sanctioning Li Shangfu, arresting Xu Yanjun
– Actions against ZTE and Huawei
– Promises from Xi Jinping on Fentanyl
Military
– Increased funding for military
– Modernizing of military equipment
– Changing military rules of engagement
Border Security
– Focus on border security
– Shackles off ICE
– Border wall
Law and Order
– Combating human trafficking
– Criminal justice reform
– Taking down Backpage.com
Environment
– Signing the Save Our Seas Act
– Ordered forest management to reduce wildfires
Cutting Waste
– Reducing UN spending
– Slashing use of government time on union work
– Reducing the White House payroll
– Cutting costs on new Air Force One
– Withdrawing from universal postal system
Judiciary
Mama mia…..
Which brings Joe to ponder all the slime that accompanies the Alien™ as she extends her nested chomper-jaws, or the slime that her egg pods ooze.  Joe wonders, is that political grease?  Is it tar-baby residue?  Is it inherent to the (political) species?  You canna be one of us if ye nae hae the slime!
If so, Joe and I thank doG for a non-politician such as Donald J. Trump.
And heaven help us from his ilk should he become a “politician” of the Alien™ persuasion (such as those total idiots behind the Democrat “impeachment” agenda).
Joe feels “politician” should not be a profession.

Victor Davis Hanson
Our favorite historian, Victor Davis Hanson, recently discussed the “Arrogance of the Left”.
Dr. Hanson is extremely knowledgeable on classical history and draws the parallels between ancient Rome and Greece with current political culture.
In this video, Dr. Hanson explores a number of subjects, including the successful dismantling of the “Progressive Agenda” the Trump administration is achieving.
An excellent interview conducted by Jan Jekielek of  American Thought Leaders:

SOHC
Joe says it is a damn good thing we weren’t older in the ’60s.
Being a gear head we would have had more $$$ and more inclination to do absolutely worthless things that make you smile like a fool.
One such dream would include the “hemi killer” Ford SOHC motor – single overhead camshaft 427 cubic inch monster that easily exceeded 500 horsepower in “stock” trim.  This one is tuned and running Hillborn injection.
The following video is priceless to watch.  A ’55 Ford sedan that lifts the left front wheel going into 3rd gear?  A ’55 Ford sedan that jumps right off the ground with a particularly hard hook-up second gear shift?  The damn thing wiggles like a puppy happy to see you all the way down the track.
It is called “Skairlaine”.
A beautiful child of technology for all to see (thank you Ms. E. Thrasher):

Diet a la Carnivore
Joe and I have recently (late October to now) introduced a few carbs, a few beers, a few vegetables and fruits back into our consumption.
Net result?
We’ve gained almost 15 pounds.  That would be approximately 7 kilos for the Imperial Measure challenged.
What do we think about what we’ve experienced during that time?
1.  Those few (and not so few) beers were with friends, and were valuable socially.  As for health, not so much.  Parching.  Drunk-ing.  Headache-ing.  And the additional weight must partially be from our old friend Al C. Ohol.  Aka -OH bonded to an hydrocarbon.  Ethanol looks something like this: H-O2-CH2-CH3
2.  It is easy to slip into the old way of eating.
3.  We only had two butter tarts.  It isn’t fair!
4.  Christmas!  What a wonderful holiday time!  The music, the food, the sharing.
5.  Back on the diet in January…..