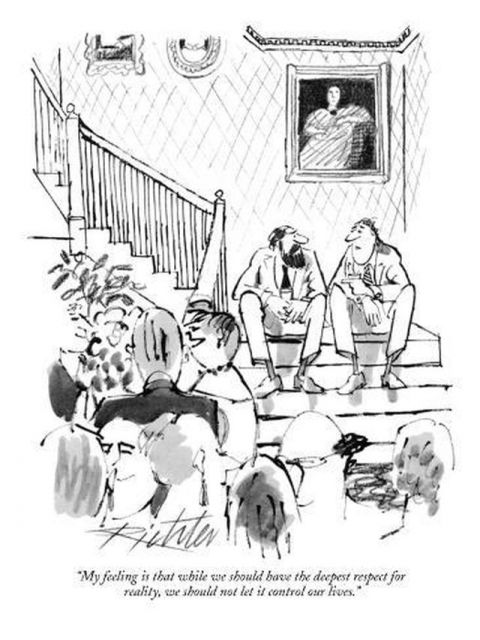 Joe’s Comment – Mischa Richter pens a fine cartoon.  Reality can be a real bummer.  Thank doG we sleep 1/3 of our life away.  Now that is reality.

Election Remorse
Several friends sent a timely recording of the Canadian election results presented as a horse race – The Federal Election Downs.
We snorted at the wire results; diet Coke shot out our nose.
Here’s the MP3 file.  Put down your drink unless you like reverse flushing of your nasal cavity.  That’s something which puts tears in your eyes.  Much like the election did to Joe and me:

PragerU
Joe and I did NOT work for a “public utility”.
Okanagan Telephone, BC Telephone, and TELUS were and are privately owned businesses.
Joe and my pension fund is managed by our ex-employer (we are fine with that).
Government or “public” pensions are managed (or mis-managed) by government bureaucracies.
You (and we) can argue about how “valuable” a government employee is; i.e. is their salary/wage and benefits determined by the market, or is it artificial, and either way, is their value “real”?  Are employees in the private sector paid the same for equal work?  Joe and I have an opinion on that subject.
We do know that as a young(er) entity, we suffered a cognitive dissonance regarding government employment.  We thought government jobs to be below us, but we certainly envied the pay and benefits.
Here is Joshua Rauh, professor of finance at Stanford and Senior Fellow at the Hoover Institution explaining why public pensions are an economic time bomb:

Super Humans
Joe and I could not do what you see in the video below.
We could train for a millennium, perpetually young, and not do what you see below.
What messes our mind completely is that this young woman is not alone in her skill set.
There are competitions where many more people do this incredible balancing dance with a machine in motion.
We are in total awe of what people can do.
Joe says the trained seal aspect is NOT what you should focus on:

Beautiful Jim Key
Joe and I love a good horse story.
We admire horses from afar – they are big and strong and dangerous if irritated.
For instance, Secretariat was an amazing animal with physical anomalies that made it possible to do what the majority of horses could not.  There were observable documented differences from others, revealed at his autopsy.
What then is at issue regarding the phenomenon of “Beautiful Jim Key“?
Jim’s owner, “Dr.” William Key, was a slave, an entrepreneur, and a self taught veterinarian (hence the quotation marks around Dr. – gotta have the piece of paper…..).  His mantra was to raise animals with “kindness”.  He raised Beautiful Jim and noticed that there was something extraordinary about this particular horse.
Beautiful Jim Key became a celebrity and a figurehead for the American Humane Society in the early years of 1900.  An amazing story.  Here is David Hoffman, film maker, to introduce the story of Beautiful Jim Key:

And here is an interview with Mim Eichler Rivas, author of “Beautiful Jim Key – The Lost History of the World’s Smartest Horse”:

Joe and I love us some animals.  Much as we do some humans.
But it isn’t unconditional or all encompassing.
For example, we don’t like mosquitoes at all.  We don’t like evil people.  There is a long list…… for another time.
We’re not too sure about plants.

Hallow E’en?
Joe and I don’t, not at all.
Too confusing.
Makes us feel queasy.
Dressing up play acting pretending to be something you’re not…..
We’ve already got a Prime Minister, Little Gay, who does that every day.
However, we do appreciate a good cartoon or GIF or meme.  Here’s some that impressed – 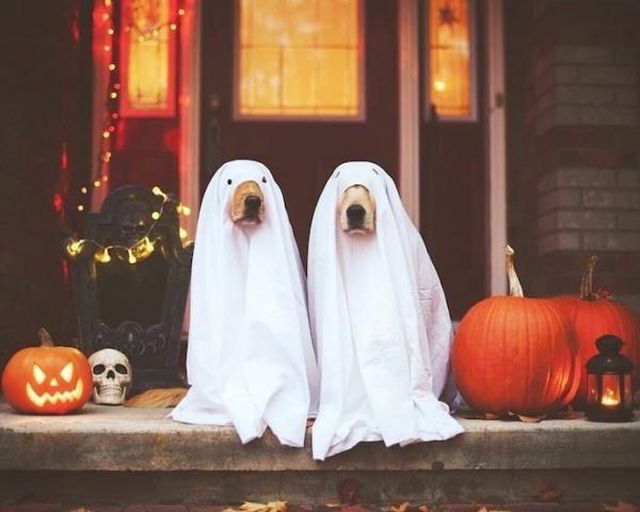 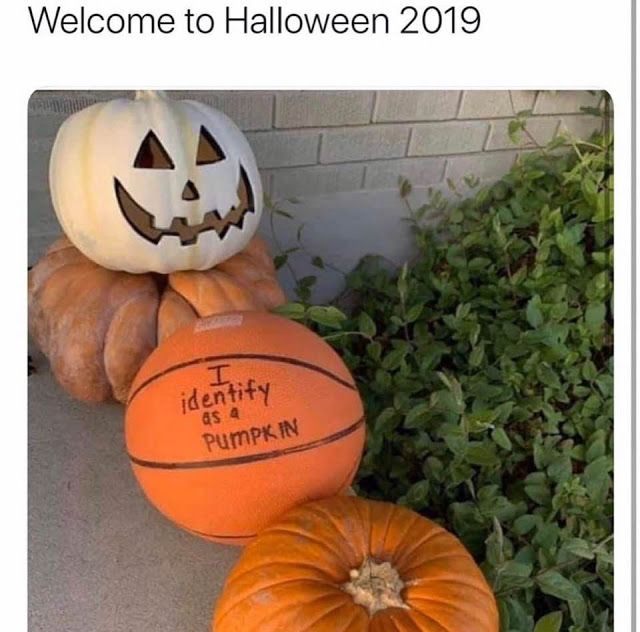 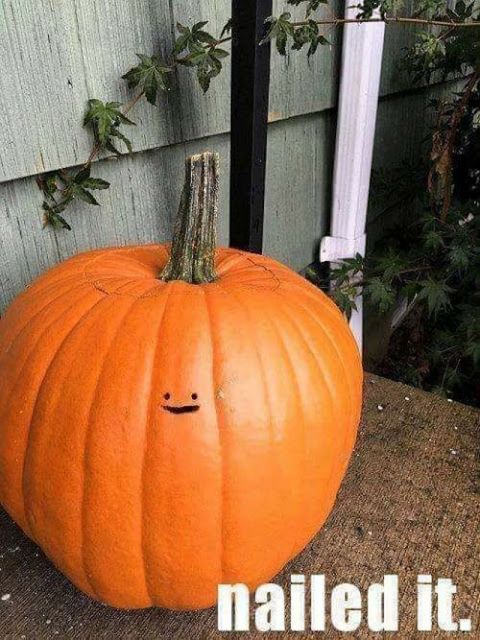 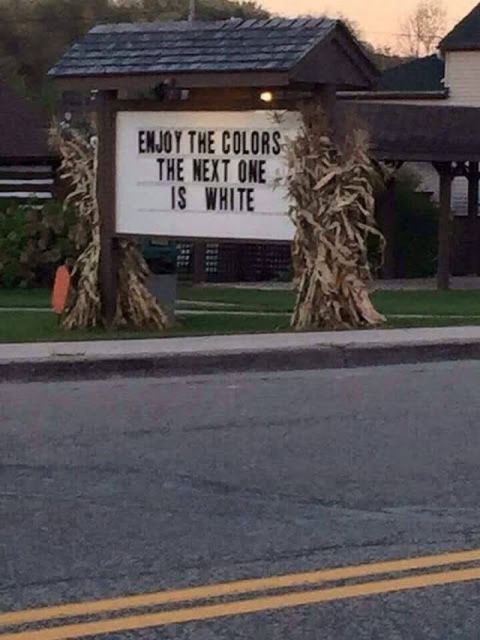 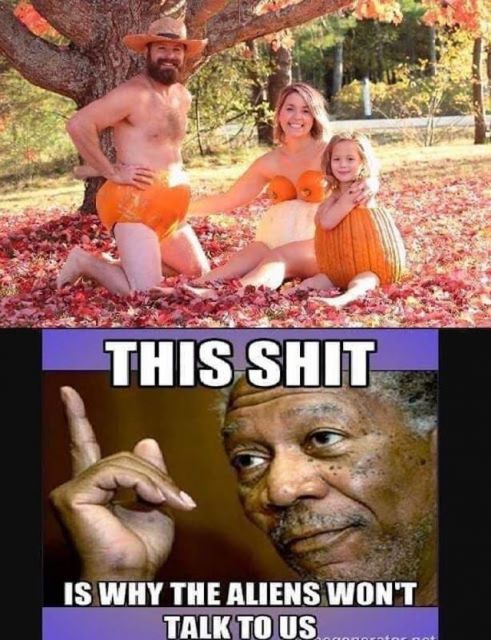 Joe and I aren’t hallow e’en fans.
Once again, for the record, life is scary enough in real time with real people and real situations.
Having a skeleton leap out at us from the darkness ain’t nothin’ compared to having people elect an unfortunate “shadow of his father” to the highest office in the nation.  Little Gay is scarier to us than all the zombies in the world.

Intellectual Froglegs
Joe Dan Gorman bangs the October gong.  Since JDG has been boycotted/banned from YoubeTube, it has been a challenge for Joe to embed the videos directly into our rant without issues.
The platform JDG uses now are UGETube and BITChute.
First, UGETube (can’t seem to find the autostart off switch):

Other venues have not been “accepted” like YoubeTube, which only requires the link URL to display the YT graphic.
Joe hasn’t perfected how to do that with “non-approved” video hosts.  Sometime the video source has an “embed” icon, sometimes not.  Also, in the UGETube link above, Joe struggled with the auto play feature.  We couldn’t figure how to turn it “off”.
On the subject of  Free Speech® YoubeTube style; it is a hollow echo of a lyric from the song “Me and Bobby McGee”.
“Freedom is just another word for nothing left to lose, nothin’ don’t mean nothin’ honey if it ain’t free” makes no sense whatever.
If “feelin’ good is good enough” for you maybe you should reflect on what that implies about your understanding of life.
And please don’t vote.
Thank you.

Al-Baghdadi
Joe and I wish him Allah speed on his trip to Hell.
Maybe Muhammed will send his magic horsey thingy Al-Buraq to fetch him. 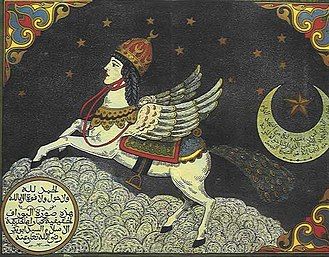 If it is true that “we are all made in doG’s image” (Genesis 1:27) then beasts like Al Baghdadi are surely created for other men to destroy or subjugate, for although he walked upright on two legs, his deeds were so abhorrent as to preclude his existence on earth as “human”.
Evil knows imitation is the most sincere form of flattery.
POTUS Donald J. Trump sent a team to deliver a message to the world; a message which is unmistakable.  The simple message is: Be good be kind be fair or be dead.
Benghazi could have been a similar message by the way….. only needed a man to deliver it.  A man more interested in what is right than what polls favorably.
We stumbled across a very interesting article that “connects the dots” about the search for the leader of ISIS in a very intriguing way.
When the President withdrew the troops from Syria, two democrats, Nancy Pelosi and Adam Schiff made a bee-line to Syria.
Why? is the question.
A possible answer is they were delivering information to ISIS, which was created (unintentionally?) by the Obama administration. 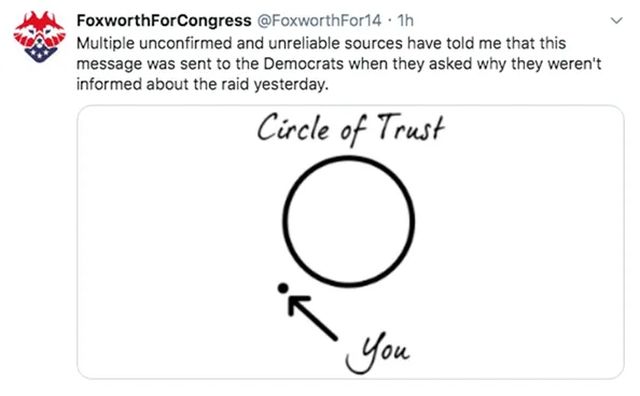 Sound too fantastic, too conspiratorial?
Read for yourself here.
A quote from the article to whet your interest –
“It’s All Pure Coincidence I’m Sure.
What if?
Pres. Trump wanted to get precise information on Al-Baghdadi’s location. He knew that withdrawing U.S. troops from northeastern Syria would enrage the left and possibly embolden ISIS. Because the successful destruction of the geographic Caliphate have deep state connections to both Syria and ISIS  was been severed?  Was someone in need of getting a message to Al-Baghdadi in person?
But someone going in there while shells and rockets are being lobbed across the border in both directions and Turkish forces are pressing in to Syria is highly problematic. If someone was going in there need to be a cease fire.
Suddenly there is a cease fire and Pelosi and Schiff head out to Syria virtually unannounced. Does anybody really think this is coincidental? Why have neither of them made any significant statement on why they went, who they met and what they did there?
Just as suddenly, accord to the New York Times, Al-Baghdadi’s location is determined while these two shitbags are in the Syrian sandbox. More coincidence?
It’s no secret that the Obama admin was largely responsible  for creating, arming and training ISIS. Trump is well aware of this.”
Joe and I were also gratified to know the mission name for the raid to get Baghdadi was “Operation Kyla Mueller“.
Kyla Mueller was an American aide worker in Syria taken by ISIS.
She suffered cruelly, especially the personal abuses of Baghdadi before she died.
Her story here.
She is an American hero.
And a gentle soul.
May she rest in peace.

Jericho Green
Joe and I grin every time we hear Mr. Green rant.
This one is particularly acerbic.
It is our impression that Jericho doesn’t think highly of “Beta” (great pun!), and is suspicious of why he was in the race in the first place:

The Red Gene
Joe and I have reservations about trade with China.
The standard BS aside (the people are wonderful hard working moral folks), the blatant INTENTIONAL human rights violations, trade violations, the cheating, lying, whoring, evil insidious infiltration of the “stupid people” of the world in their stupid countries, the iron fist and racist reality shines through.
Joe questions the POTUS cozying up to Xi or the bad haircut fatboy (Kim Jong Un aka Fatty Fat Fat) trying to lure them into playing on a level field within the rules.
Joe says China has been weaseling cheating and conniving for so long they CAN’T fly straight.  Truly, it is a foreign concept.  Not possible.
Here’s what Xi (ruler for life) and his cadre are pushing down a billion or so throats:

Manual Labor vs Technology
The following video explains why Joe and I are such fans of technology:

The advent of machinery to improve efficiency, minimize danger, and reduce back-breaking mindless drudgery is a boon to the male of the species, and the female too.
These magnificent trees felled by hand is a period in history owned by those Joe calls “real men”.
For sure he and I would need a stiff drink and five minutes of prayer before topping one of these monsters……
These are the days when “manual labor” wasn’t a foreigner OR a denigrating occupation.
Technology is one of the contents of Pandora’s Box.
The down side of technology is fewer laborers are required to produce more product.
And the machinery production and maintenance, the technology design and development requires skilled laborers of a different sort.
Joe says the calculus is complicated: the trinity of efficiency/cost/maintenance when integrated over time isn’t always the most economical path.
Joe says there is no argument that a new $100,000 diesel truck (the Big Three all have them) is more impressive to haul a load, and most likely gives better value in fuel economy, safety, and reliability than the half dozen late ’80s and early ’90s diesel trucks we have in the yard.
But it ain’t $90,000 more impressive, for our best truck at present is an F350 that just completed a 2,000 km. round trip with all-up combined weight of 17,550 pounds for the cost of fuel (less than $600 CDN).

NaCl
Salt is essential to human life.
It is also, literally, a “peanut” of 14,000 uses, i.e. a humble common substance with many useful applications (e.g.  Dr. George Washington Carver – American agricultural scientist and inventor, peanut promoter, and Marcellus Gilmore Edson – Canadian pharmacist, who was awarded the first patent for a peanut butter recipe).
All you folks out there in la-la land who swear that one salt is better than another can’t fool Joe and me.  Sodium chloride is sodium chloride.  Anything else in there might be ancient whale turds or dead sailor juice if it isn’t refined.  Or maybe you are tasting another type of salt, for salt is the precipitate of a chemical reaction such as that between an acid and a base.  And then maybe add a drop or two of pink food dye and give it the name of an exotic destination (Himalaya sounds about right).  Don’t forget to charge lots extra to make it exoticker: