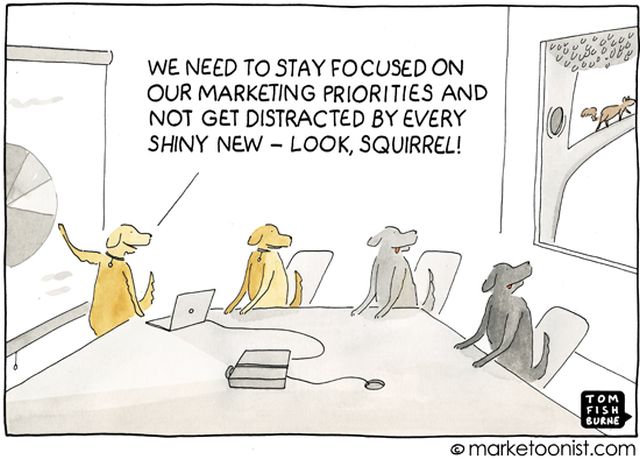 Joe’s Comment – Tom Fishburne focuses on business and marketing with his cartooning.  I couldn’t resist this one.  It is exactly how the Spring makes me respond in light of my responsibilities and duties.
The King of procrastination.
Every day is a new day, filled with possibilities!
Some of them shiny….

Electoral College (Prager U)
Joe and I ponder what protection Canadians have against voter stupidity, voter fraud, vote pandering, vote crime?
A side effect of wanky electoral shenanigans is the possibility of being governed by truly sub-standard or unrepresentative or ill intended parliamentarians, elected by the ignorant or the corrupt or the mentally unequipped or by organized and sundry nefarious players with other objectives than sound governance.
As the great H.L. Mencken observed, 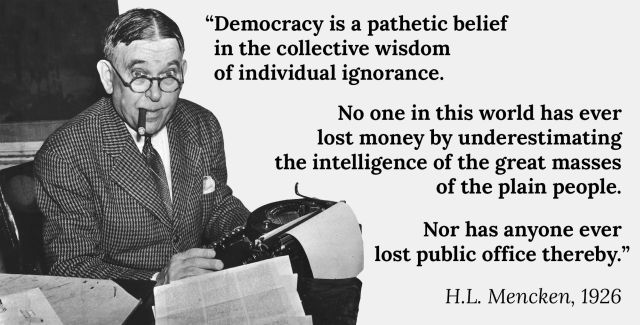 Once again Joe and I look to our brothers (and sisters!) to the South.
The following Prager U presentation from Tara Ross explains the brilliance of the Founding Fathers in placing safeguards to promote equal representation and to reduce hanky-panky.
You hanky-pankiers know who you are……
Joe observes that nothing stays constant in politics.  Once honorable and effective political machines are not bound to remain so.  Alas, humans come in all varieties of moral, virtuous, and compassionate flavors, from heavenly to outright evil.
Democracy is mob rule.  However, “popular” opinion can be valuable if gathered rationally and analyzed appropriately.
What such safeguards exist in the Canadian version of screw the Dirt People?:

The American Founding Fathers were collectively brilliant in their design for governance “by the People”.  They knew intimately the weakness and shortcomings of human ambition unchecked.
The safeguards include an absolute snail’s pace of making “permanent” change.
Only in modern times have the American bodies politic (House, Executive, Judiciary) managed to introduce procedures and processes which allow for quick reaction to time sensitive issues.
Unfortunately, as we are seeing at present in the States, these time reactive procedures and processes are (more and more frequently) abused for political advantage; not to benefit the will of the People but to advance political objectives.
Canada’s own Chief Rainbow Socks is releasing a coin celebrating LGBT (hold the mayo) for some spectacular something or other.  So much for safeguards in Canada.
Whoopieding….
Joe and I recently encountered a woman our age at the local Wholesale Club shopping center, wearing a “MAGA” hat.
Joe commented, positively and enthusiastically.
What followed was a half hour discussion with a delightful American woman who has been in Canada since the late ’60’s.
We agreed much more than we disagreed about politics.
Although she lives in a remote part of BC, her delightfully outspoken yet civilly expressed views are well informed.  She confessed to not having Internet service, but a damn good SW radio set.
What an oasis of rationality!
Joe enjoyed her immensely.
Our enthusiasm unabated, at the check-out line of our favorite clerk (Louise) Joe was bubbling over about this and that.
A Canadian citizen, male (an external appearance assumption), took offense at a comment we made about the climate hysterical folks got it wrong this time.
He became incoherent as he babbled about how irredeemable the situation was, how far beyond restitution humanity found itself, and woe is me!
He seemed without humor.
We are waiting the knock on the door from the Thought Police, the Human Rights Commission, the local constabulary.
Joe gotta talk.
We are more American than Canadian.
Take this practice American citizenship test if you will.
Joe and I pass with flying colors.
Which begs the question: did mom bring home the wrong child?

Andrew Klavan
Joe and I have been fans of Mr. Klavan for many years.
We featured him in the “Sunday Sermon” segment last two weeks.
Here’s an old (2017) discussion between Andrew Klavan and Dave Rubin which has a lot of AK foundational thinking.
Interesting that some of his Trump predictions, fears, and wishes came true.
An excellent time investment:

Mark Steyn
A Canadian hero.
This is a man who knows the ways of the world and the heart of the West.
This is a segment of his Weekend Show and features a discussion with Andrew Klavan.
Informative, educational, and dated (April, 2017):

William Happer
A brilliant man.
Joe and I have posted his discussions and arguments about CO2 in the past.
This presentation is from September 2014 when he addressed the John Locke Foundation Shaftesbury Society.
In this video he talks about basic concepts and facts of the geological history of earth as we know from research.
Dr. Happer uses a layperson approach to convey the rudimentary facts to great effect.  This information is a complement to the work of Dr. Patrick Moore:

Dr. Willie Soon
The greatest climate change humorist alive.
And a moral advocate for scientific methodology.
Dr. Soon insists that there are no definitive answers until the underlying mechanism of the system are understood.
That is a work for many scientists over many millennia.
As Dr. Soon points out, climate science is in it’s infancy:

In Calgary AB Dr. Soon addressed the “Friends of Science” at the Red White Club in April, 2019:

Another great Willie Soon presentation from 2016, at the 34th DDP meeting in Omaha, Nebraska.  Where else will you find the relationship between climate study and Beethoven’s ice cream observation, Tolstoy’s Fire, and Will Happer’s picosecond studies of the CO2 molecule?
Dr. Willie Soon at his best:

Joe and I now feel up-to-date with Dr. Soon’s point of view.
Every presentation has impressive graphic and data support, with new and different information interspersed with the main scientific message.
Here’s a screen capture from the above presentation – 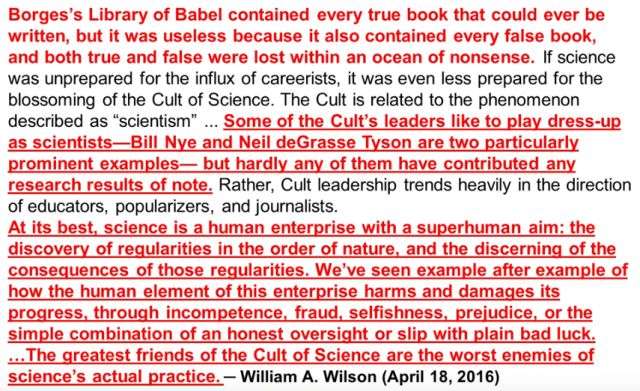